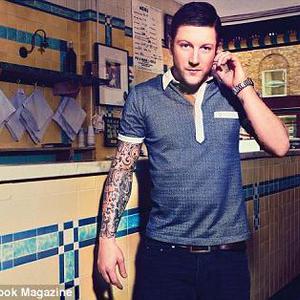 Matthew Sheridan Cardle (born 15 April 1983) is an English singer-songwriter and guitarist who rose to fame after winning the seventh series of The X Factor in 2010. He received a ?1 million recording contract with SYCO MUSIC by winning and his debut single When We Collide was released immediately after he won. It sold 439,000 copies in its first week to become the UK Christmas number one. Before applying to The X Factor, he was the frontman, lead vocalist and acoustic guitar player of the band Seven Summers and also Darwyn.

He auditioned for The X Factor with "You Know I'm No Good". After Cardle made it through the bootcamp stages, he was sent to Australia and was put into Dannii Minogue's group (in the Boys category). There he began to form a bromance with fellow contestant Aiden Grimshaw. Minogue mentored Cardle throughout the whole show until he won the final on December 12, 2010. After coming second in week one (Final 16 round) of public voting, Matt Cardle consistently came first from week 2 onwards until week 10, the competition final held on 11-12 December 2010.

On week 1 he sang When Love Takes Over by David Guetta & Kelly Rowland, on week 2 he sang Just the Way You Are by Bruno Mars, on week 3 he sang ...Baby One More Time by Britney Spears, on week 4 he sang Bleeding Love by Leona Lewis, on week 5 he sang The First Time Ever I Saw Your Face by Roberta Flack, on week 6 he sang Goodbye Yellow Brick Road by Elton John, on week 7 he sang Come Together by The Beatles, on week 8 he sang I Love Rock N' Roll by Joan Jett and the Blackhearts & Nights in White Satin by The Moody Blues, on week 9 he sang You've Got the Love by Florence + The Machine & She's Always A Woman by Billy Joel and on week 10 (the final) he sang Here With Me by Dido, Unfaithful (duet with Rihanna) by Rihanna, Firework by Katy Perry & When We Collide by Biffy Clyro.

Cardle is a former painter and decorator living in Little Maplestead in Essex. Born to parents David and Jennifer Cardle, he was diagnosed with Wilms' tumour, a form of cancer when he was a toddler. He recovered after one of his kidneys was removed at age 2. He is now in a serious bromance with Aiden Grimshaw and together they have a massive fanbase supporting them every step of the way.

Time To Be Alive