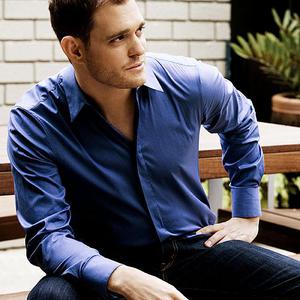 Michael Steven Bubl? (born 9 September 1975 in Burnaby, British Columbia) is a Canadian singer and actor who took Italian citizenship in 2005. He has won several awards, including a Grammy and multiple Juno Awards. His first album reached the top ten in Lebanon, the UK and his home country of Canada, and achieved only modest chart success in the United States. He found worldwide commercial success with his 2005 album It's Time, and his 2007 album Call Me Irresponsible was an even bigger success, reaching number one on the Canadian album chart, the U.

. Billboard 200 chart, the Australian ARIA Albums Chart and the European charts. Bubl? has sold more than 20 million albums worldwide. He is also considered one of the hottest men alive!

Nobody But Me (Deluxe Edition)

Nobody But Me (CDS)

It's A Beautiful Day (EP)

To Be Loved (Deluxe Edition)