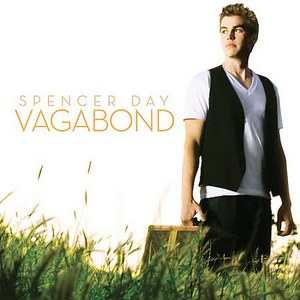 Spencer Day, a uniquely American singer/songwriter, has been enjoying a remarkable musical career. The release of his much anticipated third CD, ?Vagabond? is his most ambitious and accomplished musical endeavor to date. ?Vagabond? spotlights his own distinctively expressive style of American contemporary music, a blend of jazz, pop, soul and folk. His smooth baritone voice interprets his original compositions with compassion and a touch of humor. ?Vagabond? sets the tone for the 21st-century American Songbook.

Spencer's easy-listening voice, versatile piano playing, unpretentious original compositions and charming personality have earned him acclaim from coast to coast. He has appeared on national television four times and performed at some of the finest and established music venues in the United States.

Born in Utah, Spencer was raised in rural Arizona, primarily by a single mom who is a music teacher, lyric soprano and a devotee of musical theater. His mother, Jeannie, has had a profound influence on his musical pursuit. Spencer currently resides in Los Angeles.

?I want to create a passionate fusion of all the musical styles that have inspired me,? Day says. ?As I grow as an artist, I hope to continue paying homage to the great artists who have shaped my style and sensibilities. I want to create music that is smooth and sophisticated but teeming with raw emotion and fire under the surface. It is in life's contradictions where the most beautiful things are created.?

A prolific composer and self-proclaimed perfectionist, Day has devoted himself to his career. His hard work has been paying off. Since he was a featured performer at the 2007 San Francisco Jazz Festival, he has been a perennial favorite in the Bay Area, headlining at Yoshi's, the Plush Room, the Great American Music Hall and the Herbst Theatre. In New York City, Spencer received rave reviews in Time Out and Backstage magazines, having performed to enthusiastic audiences at the Town Hall, Joe's Pub, and the Canal Room. He has headlined at the Kennedy Center in Washington, DC, The Sheldon Concert Hall in St Louis, and the Dakota in Minneapolis.

Spencer recently opened for Rufus Wainwright at the Napa Valley Opera House and appeared at the Tanglewood Jazz Festival, by the invitation of Jazz legend Marian McPartland in celebration of her 90th birthday. This is followed by the Monterey Jazz Festival and a full schedule of touring overseas and throughout this country in concert with the October, 2008 release of ?Vagabond.?.

Day's creativity also includes composing musical theater. In 2005, he collaborated with Rafe Chase on a full-length musical, ?Someday, Love,? which was performed at San Francisco's New Conservatory Theater. Spencer starred in the show in addition to writing its score.

He has composed more than 60 tunes and recorded two well-received albums, ?Introducing Spencer Day? (2004) and ?Movie of Your Life? (2005). The song ?Movie of Your Life? won San Francisco Academy of Art University's 2005 competition for best original song. The resulting music video, produced by the school's faculty and students, was selected by Dolby Laboratories as a demonstration video for the global launch of the Dolby 7.1 system.

?Ultimately, what matters most is the music,? says Spencer. ?Whatever I do, whatever I sing, my primary goal is to keep it pure and honest.?

The Mystery of You