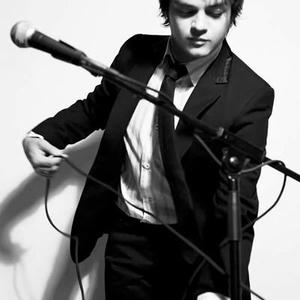 Jamie Cullum (born 20 August 1979) is an English jazz singer-songwriter, and multi-instrumentalist. Though he is a primarily a vocalist, he also accompanies himself on instruments including piano, guitar and drums. Cullum was born in Romford, East London. He was brought up in Hullavington, Wiltshire, and educated at the independent fee-paying Grittleton House School and the sixth form at Sheldon School. He then went on to study English Literature, and minored in Film Studies, at Reading University where he graduated with First Class Honours.

Cullum was born in Romford, East London. He was brought up in Hullavington, Wiltshire, and educated at the independent fee-paying Grittleton House School and the sixth form at Sheldon School. He then went on to study English Literature, and minored in Film Studies, at Reading University where he graduated with First Class Honours.

His mother, Yvonne, is a secretary of Anglo-Burmese origin, whose family settled in Wales after Burma's independence; his father, John Cullum, worked in finance. His paternal grandfather was a British Army officer, while his paternal grandmother was a Jewish refugee from Prussia who sang in Berlin nightclubs.

Cullum married British model Sophie Dahl at a country hotel in the New Forest National Park in England on 9 January 2010.

Cullum released his first album, Jamie Cullum Trio?Heard it All, in 1999, of which 500 copies were made. Due to their rarity, original copies have sold for as much as ?600 on eBay. The success of Heard It All Before resulted in Cullum being invited to appear on Geoff Gascoyne's album Songs of the Summer.

Just after Cullum made his first television appearance, on Parkinson in April 2003, he signed a ?1m contract[3] for three albums with Universal, who beat Sony in a bidding war. Cullum's third album, Twentysomething, released in October 2003, went platinum and became the #1 selling studio album by a jazz artist in the United Kingdom. Cullum ended 2003 as the UK's biggest selling jazz artist of all time.[3]

Although primarily a jazz musician, he performs in a wide range of styles and is generally regarded as a "crossover" artist with his musical roots firmly based in jazz. Cullum draws his inspiration from many different musicians and listens to an eclectic mix of music from Miles Davis[4] to Tom Waits and many more. Cullum has belonged to several bands, ranging from banging drums in a hip hop group to playing guitar in rock bands such as Raw Sausage and The Mystery Machine, in his teenage youth. Cullum names his elder brother, Ben Cullum, as his biggest musical influence, and the two continue to collaborate extensively.

Cullum is well known not only for his abilities on the piano, but also for his unique entertainment style and charisma. One of the many things that features in Jamie's concerts is the "stompbox" (not to be confused with an effect pedal for guitars), made from a small wooden block. The stompbox is used to amplify a musician's tapping foot. Jamie found this in Australia and uses it to enhance upbeat and fast-paced songs such as Seven Nation Army originally by the White Stripes and "Gold Digger", originally by Kanye West. He is also often found using a looping machine. This plays a heavy part in Cullum's versions of Seven Nation Army and Teardrop by Massive Attack. Cullum is also often found beatboxing at most gigs.

Cullum rarely works to a set list and on average his gigs last just over two hours. The gigs are largely improvised, rooted in jazz but not solely consisting of jazz music.

Cullum has played at many large music festivals, including Glastonbury Festival (in 2004 & 2009), Coachella 2005, 2006 South by Southwest, North Sea Jazz Festival, the Hollywood Bowl (performing with the Count Basie Orchestra) and the 2006 Playboy Jazz Festival. On the April 29th 2006 Cullum played his biggest ever crowd on Queensday in The Netherlands.

Heard It All Before