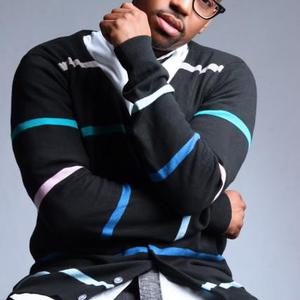 PJ Morton, a native New Orleans, LA, most often describes his music as ?feel good music that lyrically tells stories about life and love?music that makes your heart think. ? He coins his style of music, ?soulful pop'.? This 28-year old musical prodigy is indubitably a ?true? seasoned musician who has garnered a reputation for writing and producing warm, heart-felt, and infectious songs that engage the heart. His humble, yet aggressive spirit, along with his prolific musical talents has afforded him with many opportunities to ?fall? comfortably into the music industry.

With PJ's background in music, it is no wonder that he has found himself right at home in the music business. Coming from a musical background, PJ got his start singing in the church. He began to play the piano at the age of eight years old and by the age of 14; he was already writing and producing. His dream of becoming an artist began to take shape while he was in high school.

PJ's hard work and dedication to his craft is gaining him national and international notoriety in the music industry. PJ is a Grammy, Stellar & Dove-award winning writer and producer who can be cited for writing and producing for a wide array of artists. His creative prowess allows him to cross all genres of music. He has worked with a range of noteworthy artists from India.Arie to gospel superstar Fred Hammond. PJ has worked with super producer Jermaine Dupri to co-write for such platinum artists as Jagged Edge and Monica. PJ most recently co-wrote songs for Mary, Mary, Ruben Studdard, and Musiq Soulchild. Morton's latest release is Live in LA, and he recently released a book entitled, ?Why Can't I Sing About Love? The Truth About the ?Church? vs ?Secular? Music.?

Having influences that range from Stevie Wonder to James Taylor, PJ reminisces on his childhood. ?When I was younger, my mother would put on the Beatles and explain the songs ? it made me focus on the writers. I've never been drawn to one style of music; it's always been about the songwriters. That's why Stevie Wonder, Paul McCartney, John Lennon, Sting and James Taylor touched me so ? because of the songs.?

Because of the uniqueness of PJ's music, one cannot place him in one specific category. He says it best by stating? ??Whatever genre you can stick Stevie Wonder or Sting in ?.I'll take that!? He has the necessary ingredients it takes to break new ground?.to be a trailblazer! Without so much as a second thought, he will raise the bar in the industry! If one had to use one word to describe him, it would be FREE, because he does not worry about much. In his own words, PJ sums it up??I just keep moving, because I know that it's not my fight anyway. So, I just do what I do and let God do the rest!!!?