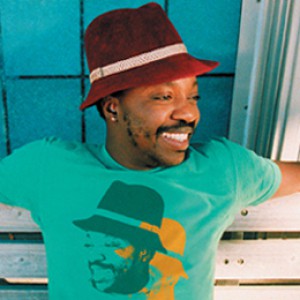 Anthony Hamilton (born January 28, 1971, in Charlotte, North Carolina) is an R&B/soul/"neo-soul" singer and songwriter who rose to fame with his 2003 second album Comin' From Where I'm From, which featured the singles "Comin' from Where I'm From," "Charlene," and "I'm a Mess." Hamilton first discovered his talent while singing in his church choir at age 10. In 1993 he left Charlotte for New York City, where he signed with Andre Harrell's Uptown Records.

At Uptown, he recorded XTC, which failed to receive radio play. He was first introduced to mainstream audiences with his singing of the chorus on the Nappy Roots song "Po' Folks," which earned a Grammy nomination for Best Rap/Sung Collaboration in 2003. He is also featured in the Jadakiss single "Why", and the Tupac song "Thugz Mansion". He previously made a little-known guest appearance on Busta Rhymes' album "When Disaster Strikes" singing the hook on "Things We Be Doin' For Money" in 1997.

Soulife was released in June of 2005 by Rhino Records. The album is composed of songs recorded during the early part of Hamilton's career. Ain't Nobody Worryin was released on December 13, 2005 by SoSoDef/Zomba Label Group. In 2007, another compilation album, Southern Comfort, was released, featuring songs written and recorded during a similar period. A year later, in december 2008, he released another album, The Point of it all.

At the BET Awards of 2006, Anthony Hamilton was nominated for and won the BETJ 'Cool Like That' Award. He has also received a 2009 Grammy for a tribute performance to Al Green.

Anthony Hamilton performs two tracks on the 2007 movie "American Gangster" soundtrack, as well as appearing in a scene of the film.

Love Is The New Black

Back To Love (Deluxe Edition)

The Point Of It All