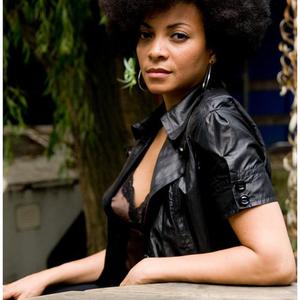 Stephanie McKay is a singer-songwriter from the Bronx, New York. She was a member of the Brooklyn Funk Essentials and has worked with Talib Kweli, Mos Def , Tricky and Portishead's Geoff Barrow. Her debut solo album, entitled McKay, was released in 2003 in Europe but not in the US. It received critical acclaim and was likened to classic Sixties soul with elements of hip hop and electronica. She achieved some popular success with the ska influenced single 'Take Me Over' in summer 2003 and her videos were played frequently on MTV.

She released a second ep in September 2006 on Astralwerks that included two new songs from her second album plus two tracks from her first album. Her second album, Tell It Like It Is was completed and unreleased by Astralwerks. She is currently on tour with Katalyst a popular a soul producer from Australia. Her single with Katalyst entitled "Say what you feel" has received numerous plays on Rage and Triple j TV in Australia and is reminiscent of classic 60, 70 soul and funk. If you like Sharon Jones and the Dap kings you will love this track. You can hear songs from her unreleased Astralwerks album on her website at www.stephaniemckay.com.