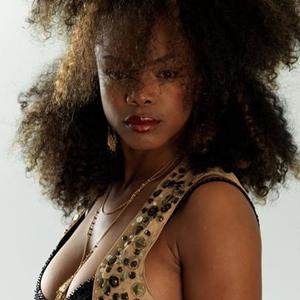 Leela James is a Los Angeles native and soul singer who cites James Brown, Roberta Flack, and Gladys Knight, among others, as influences. Her deep, rich and gritty vocals easily draw comparisons to Aretha Franklin and Gladys Knight. In 2004, James toured as an opening act for the Black Eyed Peas and Macy Gray. That same year, she was featured on hip hop producer, DJ, and emcee Pete Rock's album Soul Survivor II, providing vocals to the track "No Tears".

In 2004, James toured as an opening act for the Black Eyed Peas and Macy Gray. That same year, she was featured on hip hop producer, DJ, and emcee Pete Rock's album Soul Survivor II, providing vocals to the track "No Tears".

Her debut album was released on June 21, 2005, entitled A Change Is Gonna Come. The album is a soul music record incorporating the styles of 1960s and 1970s American soul singers, with a mixture of funk, R&B and gospel influences. The first single from the album, entitled "Music," laments what Leela James sees as the decline of hip hop and soul music and asks for a return to the artistry of musicians of earlier decades. Leela co-wrote most of the tracks on her debut album, with two notable exceptions being her cover of No Doubt's "Don't Speak," and the classic song by Sam Cooke for which the album is named. Notable collaborators on the album include Raphael Saadiq of the 1990s R&B group Tony! Toni! Ton&eacute;!, Kanye West, and former Fugees member Wyclef Jean.

After parting ways with Warner Bros., James signed with the independent label Shanachie Records and released her second studio album on March 24, 2009, an all-cover set entitled Let's Do It Again (the title being a homage to the 1975 soundtrack album of the same name by The Staple Singers).

In 2005, she lent her voice to the posthumously released Ray Charles album Genius & Friends, duetting with the singer on the song "Compared to What". Leela also guested on Robert Randolph and the Family Band's 2006 album Colorblind, lending her vocals to "Stronger". In June 2009, she appeared on Moby's new album "Wait for Me", performing the vocal on "Walk with Me".

Did It For Love

Fall For You (CDS)

Loving You More... In The Spirit Of Etta James

Let's Do It Again

A Change Is Gonna Come