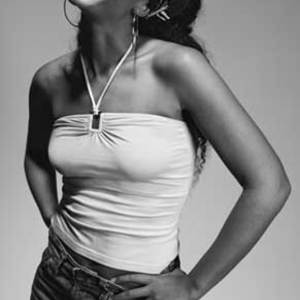 Joy Maureen Denalane (born 11 June 1973), known as Joy Denalane, is a German singer-songwriter, known for her blend of soul, R&B, and African folk music with German and English lyrics. Early Years Joy Denalane was born to both a German mother and a South African father in Berlin-Sch?neberg in 1973. A little later on the family moved to Kreuzberg where Joy spent her childhood with her five siblings.

Joy Denalane was born to both a German mother and a South African father in Berlin-Sch?neberg in 1973. A little later on the family moved to Kreuzberg where Joy spent her childhood with her five siblings.

At the age of 16 she left home and started focusing on music with first stage performances and the joining of the Reggae and Soul bands Culture Roots and Family Affair. At 19 she was signed to a major pop label but unfortunately both the singer and the management weren't able to pass an unanimous resolution when it came to the conception of music and image and Joy soon asked for a release. Afterwards she moved to Stuttgart where she met DJ Thomilla and Tiefschwarz (two already well-known producers then) with whom she co-wrote and produced the club hit "Music".

Around the same time Joy came in first contact with Hip-Hop group Freundeskreis, who were looking for a female counterpart to lead singer Max Herre's voice on their track "Mit Dir" then. However, the duet was used as a single in summer 1999 and became a top 10 hit in Germany, Austria and Switzerland - pushed by the fact Denalane and Herre had become a couple simultaneously.

Afterwards Joy joined the FK Allstars, which also consisted of Afrob, Gentleman, Sekou and Brooke Russell among others, and went on tour with them for more than two years. Later on she signed a contract with Four Music (the label of Die Fantastischen Vier) and began working on her debut album Mamani, which was released in June 2002 and debuted at #8 on the German album charts. Inspired by African roots, the CD was primarily produced by husband Max Herre. In total Mamani spawned six singles, including first single "Sag's Mir", the socially critical track "Im Ghetto von Soweto" and "Kinderlied", a song dedicated to her oldest son Isaiah.

In 2003 Denalane went on a solo tour and finished collaborations with Youssou N'Dour, ASD and Till Br&ouml;nner. She also performed in New York and Philadelphia for the first time and eventually received a Comet award for "Best Hip-Hop/R&B National" and three ECHO award nominations, including "Best Female Artist". Soon after she released a Live Edition of Mamani on CD and DVD, which was recorded during a special performance in Berlin's Tr?nenpalast and involved a set of previously unreleased remakes. In summer 2005 Denalane contributed vocals to the German version of Common's single "Go!".

In April 2006 Denalane and husband Herre founded their own label, Nesola Records. Simultaneously Denalane prepared the release of her second album, Born & Raised, her first record in English. Pre-programmed in Germany, the album was entirely recorded in Philadelphia and features appearances by American rappers Lupe Fiasco, Raekwon, and Governor. While its lead single "Let Go" reached a moderately successful number forty on the German Singles Chart, the critically-acclaimed Born & Raised (released on 11 August 2006) debuted at number two (behind Christina Aguilera's Back to Basics) on the national albums chart, making it Denalane's highest chart entry to date. Further singles from the album, "Heaven or Hell" and "Sometimes Love", failed to chart within the top one hundred. In spring 2007 Denalane released the single "Change" (featuring Lupe Fiasco) in the United Kingdom, but it failed to chart.

In 2008 Joy Denalane worked with Tweet, Dwele and Bilal on the project The Dresden Soul Symphony in Dresden, Germany. They performed classic soul cuts like "Let's stay together", "Natural woman", "Its a man's world", "Ain't nothing like a real thing" etc. with the MDR Symphony Orchestra. An album and a DVD were released on October 24, 2008.

Let Yourself Be Loved