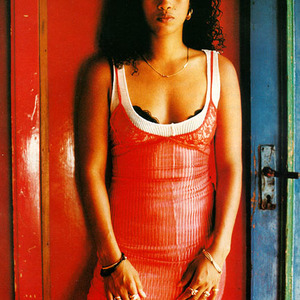 Neneh Cherry (born Neneh Marianne Karlsson on 10 March 1964 in Stockholm, Sweden) is a two-time Grammy Award-nominated and MTV Europe Music Award-winning Swedish singer-songwriter and rapper. Cherry is also an occasional DJ and broadcaster. Cherry blended hip hop with other influences, and experienced some moderate mainstream success with several of her recordings. Born of Swedish and Sierra Leonean parentage, Neneh Cherry spent most of her formative years in Europe and North America. Her stepfather is trumpeter Don Cherry.

Born of Swedish and Sierra Leonean parentage, Neneh Cherry spent most of her formative years in Europe and North America. Her stepfather is trumpeter Don Cherry. Early in her career she was a member of Rip Rig & Panic and New Age Steppers (1980). As a solo artist, she released a number of albums in the late 80's and early-to-mid 90's to critical and commercial acclaim (Raw Like Sushi, 1989; Homebrew, 1992; Man, 1996). Neneh is the half-sister of singer Eagle-Eye Cherry

Although she has participated in the odd production here and there, she has remained relatively quiet since then, appearing as a guest vocalist on the Groove Armada album Lovebox in 2002 and the Gorillaz album Demon Days in 2005.

Cherry announced the formation of her new band, Cirkus. in 2006. Her husband Burt Ford (aka boogabear, aka Cameron McVey), is also in the band. The band's first album, Laylow was released in France in 2006 which was followed by Medicine in 2009. During 2010-2011 she did a few "secret" live performance in a few European cities.

Late in 2011 news came that she was working on a new project this is now known as Neneh Cherry & The Thing. They will release an album The Cherry Thing in June 2012. Via her facebook page she announced that a track Dream Baby Dream would be available on SoundCloud to preview.

Awards and other recognition
Cherry was nominated for a Grammy Award in 1990 in the Best New Artist Category (due to success of "Buffalo Stance") but she lost out to Milli Vanilli, who later had their Grammy revoked when it was discovered that they had not performed on their recording. She received her second Grammy nomination in 1994 for the Youssou N'Dour duet "7 Seconds." The single received worldwide acclaim but did not win the Grammy Award. MTV Europe Music Awards 1995 "7 Seconds" Winner Best Song