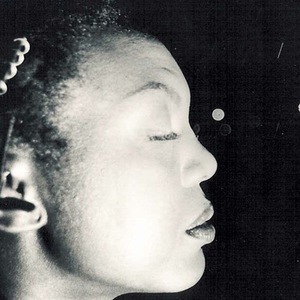 From rare-groove to rave to trip-hop and soul, Nicolette was one of the most eccentric dance vocalists of the 1990s, working with everyone from the one-shot rave act L.A. Style to electro futurists like Plaid. Born in Scotland though she was raised in Nigeria, France and Switzerland, Nicolette debuted with the single "Wicked Mathematics" after being one of the first signings by the eponymous label run by Shut Up and Dance.

Her debut album, 1992's Now Is Early showed her to be an uncommonly mature talent who wrote her own songs (some engaged in political commentary) and featured a warm, crystalline voice. Besides various vocal gigs (including Massive Attack's Protection), Nicolette rarely recorded during the next four years. Finally in 1996, she was signed to Gilles Peterson's Talkin' Loud Records. Her second album, Let No-One Live Rent Free in Your Head, appeared that same year. Nicolette also contributed an edition in Studio !K7's DJ Kicks series.
After 10 years Nicolette reemerged with her third album, Life Loves Us, released on her own label Early Records in 2005.