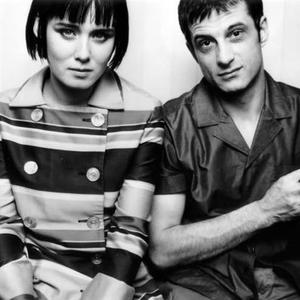 Moloko were an Anglo-Irish trip-hop and electropop duo from Sheffield, England consisting of R&oacute;is&iacute;n Murphy from Arklow, Republic of Ireland and Mark Brydon, from Sunderland, England. The band's name originates from the Nadsat slang in the novel "A Clockwork Orange" by Anthony Burgess, in which it means "milk" (from the Russian word for milk, ??????). R?is?n Murphy was born in Arklow, County Wicklow, Ireland, and had no prior professional experience as a singer.

R?is?n Murphy was born in Arklow, County Wicklow, Ireland, and had no prior professional experience as a singer. Mark Brydon already had an extensive resum? within the dance music community as a remixer and member of pop/house acts "House Arrest" and "Cloud 9". They met at a party in Sheffield in 1995, when Murphy approached Brydon using the chat-up line, "Do you like my tight sweater? See how it fits my body!" This line would later become the title of their debut album, recorded while the pair were dating.

The first two albums Do You Like My Tight Sweater? and I Am Not a Doctor gained notice in the underground dance scene. The band broke into the mainstream when "Sing It Back", an album track from "I Am Not A Doctor", was remixed by house music producer Boris Dlugosch. The track was a massive hit in Ibiza, and this remixed version broke into the top-five of the UK singles chart in 1999, helped by a psychedelic video featuring the attractive Murphy in a very short metallic "flapper" dress and cap. "Sing It Back" was eventually featured on 110 music compilations. It was also on one of the faux radio channels in the hit PSP title "Grand Theft Auto: Liberty City Stories", released in 2005.

In 2000 Moloko started touring as a full band along with percussionist Paul Slowly, keyboardist Eddie Stevens, and guitarist Dave Cook.

The band also had chart success with The time is now, the first single from the third album, Things to Make and Do. This album had relied less on the leftfield beats of the previous albums, and featured more organic instrumentation.

Murphy and Brydon ended their relationship in 2001. After their breakup they recorded and released their fourth and final studio album, Statues, in 2003. Statues continued a segue into more traditional instrumentation, along with electronica elements from their earlier releases. Statues incorporated the theme of the couple's split: all of the songs deal with a troubled and/or ending romance.

In 2004 Moloko released a live DVD, 11,000 Clicks, recorded on stage at the Brixton Academy. It contained many of their well known songs including "Indigo", "Sing It Back", and "The Time Is Now".

A "best of" album, Catalogue, was released in 2006. R?is?n Murphy and Mark Brydon, along with long-time Moloko guitarist Dave Cook, played a select number of acoustic radio performances to promote the album.

Since 2006 they have been on an indefinite hiatus.

All Back To The Mine CD2

All Back to the Mine CD1

Things to Make and Do

Sing It Back (CDS)

Sing It Back (Single)

I am Not a Doctor