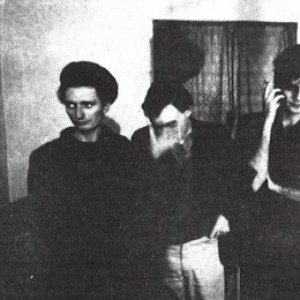 Following this period of fame, Gartside became disillusioned with the music industry and retired to the South Wales of his childhood for nearly a decade. He returned to music-making in the late 1990s, releasing two critically-acclaimed albums in 1999 and 2006. The success of the 2006 Mercury Music Prize-nominated White Bread Black Beer LP is considered to be a major comeback for Gartside, who toured the UK, Ireland, USA and Japan in the same year - the first time performing live on stage for the singer in 25 years.

Gartside is known for his distinctive, whispering vocal style; he was described by one critic as having "a voice that's eternally 14 years old". Scritti Politti is known for being, at times, a commercially-friendly outfit (particularly during the mid-to late 80s in which Gartside worked with American producer and keyboard player David Gamson and drummer Fred Maher), whilst retaining a critically acclaimed, heavily poetic look on life which, no matter what sound or guise Gartside's current band may adopt, has always been carried through.

In a recent BBC Radio 2 interview, Gartside enthusiastically stated that he will be working on two further albums in the future, one being hip-hop based (a la 1999's Anomie & Bonhomie).

Recently, Gartside has been performing live with Alexis Taylor of Hot Chip - a fellow Mercury Music Prize nominee - and it is rumoured that the pair are currently writing a joint album.

Green Gartside and Scritti Politii were a post-punk success in the 1980s.

Born in Cardiff in 1956, Gartside attended Leeds Polytechnic and experienced The Sex Pistols' Anarchy tour in 1977. Like so many others who saw this musical and cultural car crash, he was inspired to make music; and like so many others, he swiftly became disillusioned with punk's parameters.