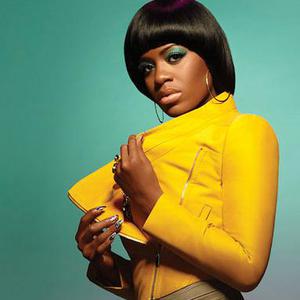 1. Fantasia Monique Barrino, or simply Fantasia (born June 30, 1984 in High Point, North Carolina), an African-American rhythm and blues singer, who came to fame as the winner of the third season of the television series American Idol. Fantasia has released two studio albums Free Yourself in 2004 and more recently the self-titled Fantasia in 2006. Both albums have spawned R&B hits, namely Truth Is, Free Yourself], and her first #1 single When I See U.

Fantasia has released two studio albums Free Yourself in 2004 and more recently the self-titled Fantasia in 2006. Both albums have spawned R&B hits, namely Truth Is, Free Yourself], and her first #1 single When I See U.

In addition to her music career, Fantasia has also ventured into other pursuits such as publishing, acting, and Broadway. In her memoir "Life is Not a Fairy Tale", she reveals intimate details about herself, including her functional illiteracy. The book was later adapted into a Lifetime movie of the same name in 2006. Directed by famed actress and choreographer Debbie Allen, it received 19 million viewers, making it Lifetime's second-most viewed program of all time.

During 2007, Fantasia was on Broadway performing as Celie in The Color Purple, the hit musical based on the Pulitzer Prize-winning novel by Alice Walker. Her performance had earned rave reviews and helped boost ticket sales as well as her album sales. After her Broadway stint ended in January 2008, Fantasia was back on the road again touring and is said to be preparing for her next studio album.

2. Fantasia is also the first name from the French symphonic metalband Fairyland. They called themselves 'Fantasia' when they made demos like 'Cruel Death' and 'The King'. But when they came with their debute album, they changed their name in Fairyland.

3. Fantasia is a progressive rock band from Pietarsaari, Finland. Originally named St. Marcus Blues Band (founded in 1967), the bassist Markku L?nngren came up with the new name from Amazing Blondel's album called "Fantasia Lindum" and thus changed the name to "Fantasia" in 1973.

The band defined their sound somewhere between progressive rock and hard rock although the sound mainly resembles to those of the other 1970's prog rock bands, such as Finnish compatriots Wigwam and Tabula Rasa. Fantasia released only one self-titled album in 1975 with only 2000 copies sold (which made it a almost a "rarity" amongst the prog rock collectors), but has been reissued on CD by Rocket-Records in 2010.

Side Effects Of You (Deluxe Edition)

Side Effects Of You (Deluxe Version)