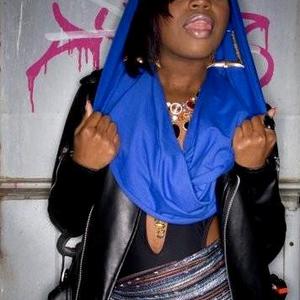 Paris Bennett (August 21, 1988) is an American singer and songwriter born in Rockford, Illinois. Performing at an early age she was guided musically by her mother, Jamecia Bennet (actress and solo artist), and her grandmother, Ann Nesby (lead singer of the Sounds of Blackness). 2003, Bennett attended Edina High School where she played Dorothy in the school's production of, ?The Wiz?. In 2004, Paris relocated to Fayetteville, Georgia and started her senior year at Starr's Mill High School.

2003, Bennett attended Edina High School where she played Dorothy in the school's production of, ?The Wiz?. In 2004, Paris relocated to Fayetteville, Georgia and started her senior year at Starr's Mill High School. After graduating High School Paris had hopes of studying Gynecology and really had no plans on pursuing music. It wasn't until her grandmother, Ann Nesby, encouraged her to try out for Season 5 of American Idol, which gained her a ?Golden Ticket? to Hollywood.

In 2006, Bennett became a contestant on one of the most popular shows in the history of American television, American Idol. Paris took 5th place along the side with Katharine McPhee, Elliott Yamin, Taylor Hicks and Chris Daughtry. Season five still remains the highest rated season in the show's run thus far with the most productive and successful recording artist the show has ever generated.

The ?Princess P? debut album was released in 2007 on TVT Records in Minneapolis, Minnesota. The album made No. 1 on the US Top Heatseekers chart and took on some notable producers such as Jon Jon Traxx (Beyonce, Mary J., etc.) Daren Lighty (Nas, Donell Jones etc.) and Rodney Jerkins (Black Eyed Peas, Lady Gaga, etc.).

2008, Paris released her first Christmas album, ? A Royal Christmas?. Included was a couple of standards as well as original tracks, ?The Holla Day Shuffle? which was written by her mother Jamecia Bennett. Later that year, she was featured at the 24th San Diego Men's Chorus' (SDMC) holiday show. Also, she featured herself in the PlayStation game, Karaoke Revolution Presents: American Idol Encore and American Idol Encore 2. An interactive singing competition game series, that allows players to compete online for a high score in singing selected song.

In 2009, ?Idol Tonight? interviewed Paris on the red carpet for TV Guide Network while she chatted about her upcoming single as well as her excitement for American Idol finale.

Throughout the years Paris has ventured in many aspects of the Entertainment Industry. Performing in one of the world's most well known stage production, ?Rent? as Mimi Cover sharing the stage along side Jamacia Bennett. This opportunity lead her into many other project which include taking on the role of Elyse in a movie called ?Mama, I want to Sing!? with Lynn Whitefield and Grammy Award Winning Ciara and Patti LaBelle.

2012 will be a great year, Tyler Perry's ?Aunt Bam's Palce? will be released on DVD in which you can find Paris playing Mona. A much younger wife of Stewart who comes to visit Aunt Bam and ends up confronting his drunk ex-wife.

Keep your eyes open for the much anticipated single release, ?Would You Be Here? and ?Opposites Attract? . Exclusive news and interviews can be heard on Twitter and Facebook.

* Week 1: "Midnight Train to Georgia" (original artist Gladys Knight & the Pips)
o The judges were impressed, said she was a great performer.
* Week 2: "Wind Beneath My Wings" (Bette Midler)
o The judges did not like the song choice, but agreed she has a great voice.
* Week 3: "Conga" (Gloria Estefan)
o Again, the judges disliked the song choice, but like her voice and performing skills.

* Week 1: "All I Do" by Stevie Wonder
o The judges loved this performance.
* Week 2: "Fever" by Peggy Lee
o Received rave reviews from the judges.
* Week 3: "Work It Out" by Beyonc? Knowles
o Jackson and Abdul loved it. Cowell thought it was "precocious," like "a little girl trying to be Beyonc?."
* Week 4: "How Do I Live" by LeAnn Rimes (Bottom 3)
o Jackson thought it was "all right." Abdul didn't like at all and was booed by audience for the first time. Simon liked the performance and compared her to Dionne Warwick. Seacrest talked about her hairstyles.
* Week 5: "The Show Must Go On" by Queen
o Jackson considered it "a little rough," but she "worked it out in the end." Abdul called her a powerhouse, and Cowell called her performance "weird."
* Week 6: "These Foolish Things" by Billie Holiday (Bottom 3)
o Jackson loved it. Abdul said that Bennett is an extremely gifted jazz singer. Abdul also commented that if Bennett made an album in the jazz genre that it would "Blow Up!" Cowell said that Bennett "talks like Minnie Mouse" but was an incredible singer, and called the performance "terrific."
* Week 7: "The Way We Were" by Barbra Streisand (Bottom 2)
o Jackson liked it and said she could sing anything. Abdul said she was a great female vocalist. Cowell liked the vocals but thought it was old-fashioned. She was in the bottom 2 after the voting for Week 7.
* Week 8: "Kiss" by Prince/Art of Noise (feat. Tom Jones), "Be Without You" by Mary J. Blige (Bottom 2, eliminated)
o Randy and Paula liked the first, Simon said it was "screechy and annoying"; Randy liked the second, Paula was hoping Paris would do better, but Simon disagreed with Paula and said she did rather well. Paris was in the bottom two with Elliott Yamin, and was subsequently voted off after this performance.