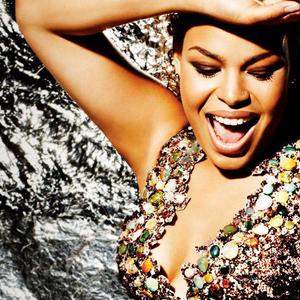 Jordin Brianna Sparks (born December 22, 1989) is an American pop/R&B recording artist, singer-songwriter, and actress from Glendale, Arizona who rose to fame as the winner of the sixth season of American Idol. Sparks won when she was 17 years old, making her the youngest winner in history. She followed her American Idol victory with the release of her self-titled debut album in 2007, which has gone platinum and has sold over 2 million copies worldwide. Sparks' single, No Air is the highest selling single by any American Idol contestant, selling about 4 million digital copies worldwide.

Due to the success of her debut album and its four top 20 singles, she has received numerous awards and nominations including an American Music Award in 2008 and her first Grammy nomination in 2009.

Sparks' second album Battlefield was released in July 2009 worldwide and debuted at #7 in the U.S., three spots higher than her first album. The album's lead single, also titled Battlefield, peaked in the top 10 on the Billboard Hot 100, making it her third top 10 single and fifth consecutive top 20 single. Sparks is the only Idol contestant to have their first five singles reach the top 20 on the Billboard Hot 100. "Battlefield" has sold almost 2 million copies worldwide. Sparks has sold over 9 million singles worldwide to date, making her one of the most successful idol winners. Battlefield's second single, S.O.S. (Let the Music Play), was her first song to top the U.S. Billboard Hot Dance Club Play making it her first U.S. number one single.

Sparks followed her success in 2010 by making her debut on Broadway. Sparks starred as Nina Rosario in the Tony Award winning broadway musical, In The Heights. In October 2010, Sparks confirmed that she has begun work on her anticipated third studio album. It's expected to be released in 2011. No title has been confirmed yet.

I Wish We'd All Been Ready (CDS)

The World I Knew (CDS)