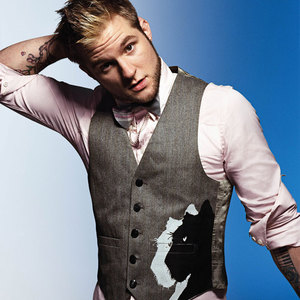 Blake Lewis (aka Bshorty) was runner-up on the sixth season of American Idol. He is a singer, songwriter & beatboxer that is currently signed with Tommy Boy Records. His first album was released under Arista Records, before he parted ways with them in 2008. Titled "Audio Day Dream", the album was released December 4, 2007 to favorable reviews. The first single, "Break Anotha", was released October 30, 2007. The second single from the album, "How Many Words" peaked at #10 on the U.S. Billboard Dance Radio Airplay chart.

Lewis was born in Redmond, Washington to Dinah and Dallas Lewis on July 21st, 1981. He is an only child and is of Welsh, Swiss, German and Irish descent. He attended Kenmore Junior High and later Inglemoor High School in Kenmore, Washington. In high school, Lewis participated in many high school state competitions . He also took part in numerous musicals, as well as comedy and rap videos with his friends. In many of these videos, he portrayed his alter ego, Jimmie Walker Blue, the character he introduced during the semi-final round of American Idol.

Lewis started beatboxing at seventeen. He picked up this talent purely by ear, listening to CDs of beatboxing, after he was inspired by Matthew Selby, a former member of the Los Angeles-based a cappella group M-Pact, of which fellow American Idol semi-finalist Rudy C?rdenas was a member. Aside from singing and beatboxing, Lewis plays the guitar, keyboard, drums and has written many songs such as "She Loves the Way", "Emotional Waterfalls", "Dumpty Humpty" and "Jealousy". He describes himself as an improv musician and often uses devices such as loop pedals and the Kaoss Pad to layer beatboxing, instruments, vocals and effects to create a song live on stage.

After high school, Lewis began performing all around the Pacific Northwest, looping his own beats and singing over them while playing guitar. He also plays keyboard and drums. He spent several years as a member of Kickshaw, an acapella group for four years after graduating from high school in 1999. Lewis worked with the group on a 10-track album titled Put It In the Microphone, but he quit the group in 2002 to become a solo musician. He went by the stage name Bshorty, which was inspired by the nicknames of the members of 311 and "aggressive inline-skate videos during the 1990s", "doing drum and bass shows, and conscious hip hop shows, singer-songwriter stuff, and electronica and hip hop". He made connections with various musicians by performing regularly in many venues in Seattle such as Nectar Lounge in Fremont, SeaMonster Lounge, Lo-Fi Performance Gallery, Jet Deck in Everett (now in Mill Creek) and hosted shows like The Digital Lounge shows at ToST.

Lewis was often complimented on American Idol for his creativity and canny song selections. Songs he performed on the show include: "Somewhere Only We Know" (Keane), "Virtual Insanity" (Jamiroquai), "All Mixed Up" (311), "Time of the Season" (The Zombies), "Love Song" (The Cure), "Imagine" (John Lennon), "You Give Love A Bad Name" (Bon Jovi), "This Is Where I Came In" (The Bee Gees), "Roxanne" (The Police), "This Love" (Maroon 5), "When I Get You Alone" (Robin Thicke), "She Will Be Loved" (Maroon 5) and "The Show" (with Doug E Fresh).

As for his debut album, Audio Day Dream, released in 2007: Lewis told Entertainment Weekly: "I like to call it the two-thousand-'80s, because all my musical influences have come from the '80s, like new wave, Michael Jackson, Prince, Sting, U2, New Order ? all this great electro-pop. I'm heavily influenced by electronic music because I've been listening to it from about '93 to now."

Portrait Of A Chameleon

Till We See The Sun (CDS)