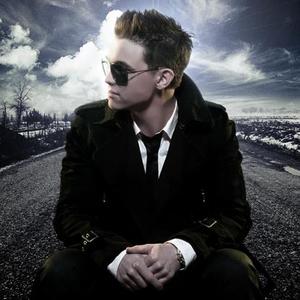 Jesse Arthur McCartney (born April 9, 1987 in Ardsley, New York) is a singer-songwriter, actor, and voice actor. McCartney rose to fame in the early 2000s as a member of the boy band Dream Street. He branched into a solo career, releasing his first EP in July 2004. McCartney's debut solo album, Beautiful Soul, which was two years in the making, was released on September 28, 2004 in the United States and over a year later in Europe. He categorized it as a "pop record" with twists of urban. The album featured four songs that he co-wrote.

Beautiful Soul reached number 15 on the Billboard 200. As of mid-2006, the album had sold more than 1.5 million copies. The album has since been certified platinum by the Recording Industry Association of America, denoting over one million units of shipment to US retailers. It is his highest-certified album as of early 2009. The album's eponymous single reached number 16 on the Billboard Hot 100.

His first headlining tour, also named Beautiful Soul, began on May 2, 2005 at the Crest Theatre in Sacramento, California. The United States portion of the tour spanned 56 stops, ending on September 10, 2005 at the Madera District County Fair in Madera, California. In the fall of 2005, McCartney toured Australia and opened for the Backstreet Boys in Europe in the summer of 2005. His July 9, 2005 performance at California's Great America in Santa Clara, California was recorded and released as Live: The Beautiful Soul Tour in November 2005.

After the filming of his movie, Keith, wrapped, McCartney worked on his second album, Right Where You Want Me, co-writing all but one of the songs featured in it. Right Where You Want Me is more mature than his debut, reflecting his musical and personal growth since he recorded his debut album at age 15. Released by Hollywood Records on September 19, 2006, the album reached number 14 on the Billboard 200. The lead single from the album, Right Where You Want Me, began receiving airplay on July 11, 2006. Although his manager stated he will not be launching a new tour due to insufficient support from his record company, McCartney has done various shows in Italy as well as the United States.

McCartney released his third album, Departure, on May 20, 2008 in the United States and Canada. Musically, it is a departure from his early works, showing mature themes. The album has reached number 14 on the Billboard 200. The album's lead single Leavin' was released in March 2008, and reached number (10) on the Billboard Hot 100 for five weeks, giving McCartney his highest-charting single to date. The single has been certified platinum by the RIAA selling over than 3 millions copies ,and over 2 millions downloads on iTunes, thus becoming McCartney's highest-certified single as of early 2009. The second single, It's Over, was released on August 26, 2008, and failed to match the success of the lead single, only reaching #42 on the Hot 100. McCartney promoted Departure on a co-headlining tour with Jordin Sparks, which began in August 2008 and ended in September. He also did solo shows at theaters and small venues to support the album while on tour with Sparks.

McCartney re-released Departure on April 7, 2009. The re-release, Departure: Recharged, featured 4 new songs, Body Language, Oxygen, Crash & Burn and In My Veins. The re-release also features a remix of How Do You Sleep? with rapper/actor Ludacris. The third single from the album was released from the re-release and was the remix of How Do You Sleep? It was much more successful than the second single, reaching #26 on the Hot 100, The fourth and final single from the album was also released from the re-release and was a new version of Body Language featuring T-Pain. The single has peaked at #10 on the Billboard Dance/Club Songs in its 13th week and still rising.

McCartney stated that his fourth album will have a similar sound to Departure but will be more rhythm and blues and urban than his third album. In March 2010, it was announced that Sean Garrett produced three songs for the project and that the album will be released Later in 2010. Jesse is now working on releasing a brand new album called Have It All. Jesse recently filmed a television pilot for a brand new fox show called "Locke and Key"

Right Where You Want Me