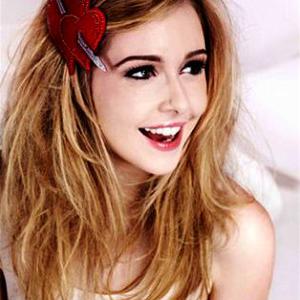 Diana Vickers from Blackburn, England was first discovered on The X Factor in 2008. With her distinctive, and some would say, atypical TV talent show vocal style and voice, she finished 4th in the show, losing out to JLS and Alexandra Burke. The singer, however, was given the best deal when she refused to sign to Simon Cowell's label, syco, and instead signed to RCA Records where she sat aside artists like Alicia Keys and Avril Lavigne. She has since parted company with her label, claiming via her official Tumblr blog that this was by mutual consent and for purely creative reasons.

As of February 2012, Vickers has released two promotional singles, Music To Make Boys Cry and Kiss Of A Bullet for free download, and given a clip of another song Boy In Paris to fans via Soundcloud.

Diana's debut single, Once, was released on April 19th 2010 and went straight to number one in the UK. Her debut album, Songs From the Tainted Cherry Tree, was released on April 26th 2010. She co-wrote the record with artists such as Nerina Pallot, Ellie Goulding, Patrick Wolf and Lightspeed Champion. Vickers went on to release a second single on July 19th 2010 - The Boy Who Murdered Love - which peaked at number thirty-six in the UK.

Songs From The Tainted Cherry Tree