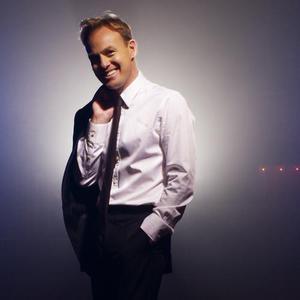 Jason Donovan (born 1 June 1968, Malvern, Melbourne, Australia) is Australian Entertainer. Like one time girlfriend Kylie Minogue Jason left the popular soap opera 'Neighbours' to pursue a pop career via the Stock Aitken Waterman 'Hit Factory', PWL. His hits included the singles "Nothing Can Divide Us", "Too Many Broken Hearts", "Sealed With A Kiss", "Everyday" from the 1989 debut disc "10 Good Reasons".

This was followed in 1990 by "Between the Lines" which featured the hits "When You Come Back To Me", "Hang Onto Your Love", "Another Night", "Doin Fine" and the Smash Hit "Rhythm Of The Rain".

After leaving PWL in 1991, Jason starred in a revival of Andrew Lloyd Webber's musical 'Joseph & His Amazing Technicolour Dreamcoat', from which the track 'Any Dream Will Do' became a UK Number 1.

After leaving 'Joseph & His Amazing Technicolour Dreamcoat' in 1992 Jason released a PWL Best of bookended by the singles "Happy Together" and his more adult and dance-orientated "RSVP". Some people compare "RSVP" to Kylie's "Better The Devil You Know" in terms of style.

After numerous film and television projects Jason signed to Polydor Records and recorded a more mature sounding album "All Around The World" in 1993. This album was never released in his homeland Australia. The album was preceded by a UK Tour and 2 hit singles; "Mission Of Love" and a cover of "As Time Goes By". By the time the album was released, interest had dried up. The final single "All Around The World" was released in 1993.

Despite a high public profile, Donovan's star faded very quickly after his West End success and despite contuining to work in theatre, his mainstream profile in 2006 is due to his upcoming album, single, dvd and autobiography.

Donovan is partnered with Angela Malloch, and they have two children together. He now works as the Heart.fm radio studios which broadcasts across the country

Between The Lines (Deluxe Edition) CD2

Between The Lines (Deluxe Edition) CD1

Soundtrack Of The 80's