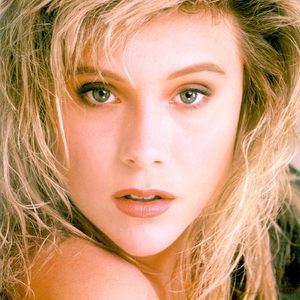 Samantha Karen "Sam" Fox (born April 15, 1966 in Mile End, London, England) is a former English glamour model and singer. In the mid-1980s, she started a successful singing career, working with notable music producers such as Stock Aitken Waterman and Full Force. Her debut single, "Touch Me (I Want Your Body)", released when she was just 20 years old, made the Top 10 in England and topped the charts in many countries. So far, Fox has sold over 30 million records worldwide.

It was one of the biggest selling singles of the 1980s in Australia. Her debut live performance came at Peter Stringfellow's club Hippodrome. Fox had three Top 10 hits in both the United States and Britain. In Canada and the U.S., "Naughty Girls (Need Love Too)" and "I Wanna Have Some Fun" made the Top 10; whereas British audiences put "Do Ya Do Ya (Wanna Please Me)" and "Nothing's Gonna Stop Me Now" into the Top 10. Her successful singing career resulted in Fox touring the world.

In 1995, Fox had a shot at representing the United Kingdon in the Eurovision Song Contest but her song, 'Go For The Heart' performed as a three-piece girl group called Sox, failed to get the British vote.

Fox released her fifth studio album "21st Century Fox" in 1998. The album marked the first time Fox had major creative control over her music. While the album did not become a major mainstream hit, it become popular with her fans. The albums' singles include "Deeper", "Let Me Be Free", "The Reason Is You" "Santa Maria", and "Perhaps." The next decade saw regaining career montentum with touring and the release her sixth album "Angel With An Attitude." The albums' first single was the title track. Fox collaborated with producers for several singles such as a remake of "Touch Me" with Gunther, "Tomorrow", and "Midnight Lover." Her second "Greatest Hits" compilation followed in December 2009 as a double disc album. The following year saw the release of the singles "Fovever" with 4 Strings and her hit cover version of the Blondie hit "Call Me" with Sabrina Salerno.
She recently came out as lesbian.

I Wanna Have Some Fun (Deluxe Edition) CD2

I Wanna Have Some Fun (Deluxe Edition) CD1