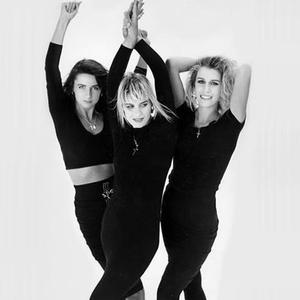 Bananarama is a British Pop/Hi-NRG/Dance duo of singer-songwriters, formerly a trio, that formed in London, United Kingdom in 1981. Originally formed by members are Sarah Dallin, Siobhan Fahey and Keren Woodward. Early successful singles were collaborations with Fun Boy Three. Guiness Book of World Records listed Bananarama as the most successful British girl group in history. They still hold the record for the most chart entries in the UK by a girl group.

Fahey left the group in 1988 and later formed Shakespear's Sister; she now performs as a solo artist. Fahey replacement Jacquie O'Sullivan (formerly of the Shillelagh Sisters) left the trio after one album. Dallin and Woodward have recorded as a duo since since 1992. Banananarama's tenth studio album, "Viva" was released on September 14, 2009. It includes the hit singles, "Love Comes" and "Love Don't Live Here." In November 2010, a new single "Baby It's Christmas" was released in the UK and the U.S. The single is also featured on the compilation album, "Super Dance Christmas Party ,Vol. 3." In September 2012, Bananarama released the EP entitled "Now Or Never." The successful " Bananarama U.S. Tour 2012" took place during October 2012.

In A Bunch CD9

In A Bunch CD8

In A Bunch CD7

In A Bunch CD6

In A Bunch CD5

In A Bunch CD4