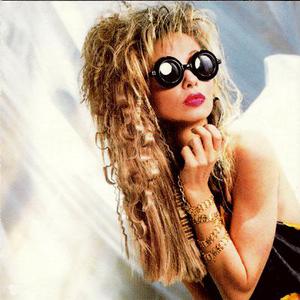 Popular singer Stacey Q (born Stacey Swain November 30, 1958) is best known for her hit single "Two of Hearts", which reached #3 in the U.S. in 1986. She's also as well known for her other U.S. Top 40 hit "We Connect", from 1987. Both singles were pulled from the Better Than Heaven album, and both were featured on the TV series The Facts Of Life (1987), in which she made guest appearances as the character Cinnamon (she would go on to appear in the sitcoms Full House and Mama's Family, as well as star in the film One Man Force). Both singles charted internationally as well.

Early in her life, Swain studied classical ballet and theater, and through the 70's was an entertainer at Disney and in Ringling Bros. and Barnum & Bailey Circus. In the early 80's, she joined the dance music outfit Q (named after the James Bond character), which became SSQ; when she went solo as Stacey Q, she initially continued to work with her SSQ mates musically.

Initially written off as HiNRG fluff, Stacey Q showed a more spiritually-minded side of herself on the late-90's, folk-leaning release Boomerang (which included a version of George Harrison's "My Sweet Lord"). Though maintaining a fairly steady presence on the dance charts, she since then has yet to return to the Top 40. 1998 saw her make a "special non-sexual appearance" as a Chinese food delivery girl in the gay porn film Playing The Odds, and in 2000 she took part in the gay-themed comedy/drama/art film Citizens of Perpetual Indulgence. She's also appeared on Never Mind The Buzzcocks (2002), and voiced a character in the English-language version of the Japanese animation, Stratos 4.

There are 3 covers of "Two of Hearts". One is by Annie. Another one is by Kelly Osbourne, and the last one is by UltraViolet Sound and Electric Valentine. It has also been sampled by Korean pop group Wonder Girls in their single "Tell Me".

"Two of Hearts" was featured in the 2000 film Little Nicky.

"Two of Hearts" was featured in the 2003 film Party Monster.

The Return Of The Living Dead

Don't Make A Fool Of Yourself (Vinyl)