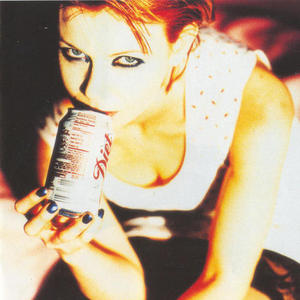 Cathy Dennis (born March 25, 1969 in Norwich, England) is a dance-oriented pop singer-songwriter, record producer and actress. Dennis achieved her first success as a vocalist with Dancin' Danny D's dance project D Mob, when their single "C'mon and Get My Love" reached #15 in the UK Singles Chart and #10 in the Billboard Hot 100 in 1990. Originally, it had only reached #93 (UK). It is regarded as an underground classic in the dance music field, and a second collaboration with D Mob, "That's The Way Of The World," was also a major dance hit.

Dennis achieved her first success as a vocalist with Dancin' Danny D's dance project D Mob, when their single "C'mon and Get My Love" reached #15 in the UK Singles Chart and #10 in the Billboard Hot 100 in 1990. Originally, it had only reached #93 (UK). It is regarded as an underground classic in the dance music field, and a second collaboration with D Mob, "That's The Way Of The World," was also a major dance hit. It was followed by Dennis' debut album, Move to This.

"Touch Me (All Night Long)" stayed at #2 on the Billboard Hot 100 for two weeks, and was kept out of the #1 spot by Hi-Five's "I Like the Way (The Kissing Game)" the first week and Mariah Carey's "I Don't Wanna Cry" the second week. The song was a cover of a 1985 single by Wish featuring Fonda Rae, which had hit #70 on the U.S. R&B chart that year. "Touch Me" did reach #1 on the U.S. Dance chart, and its follow-up, "Too Many Walls," which Dennis co-wrote with Anne Dudley of Art of Noise, was a #1 Adult Contemporary hit. It was around this time Dennis agreed to join MTV Club's first tour, booked for six weeks. She dropped out on the third date, later publicly accussing one of Milli Vanilli's members (the tour's headline act) of sexual harassment.

Dennis released her second album, Into The Skyline, in December 1992 written with an aim toward the U.S. market. The album featured the singles "You Lied To Me", "Irresistible", "Falling" and "Why [D Mob with Cathy Dennis]". The album got to #8 in the UK, whilst in the U.S., "You Lied to Me" was a Top 40 hit and "Irresistible" made the Adult Contemporary Top Ten; however, the album descended the chart rapidly. Dennis experienced a brief peak of fame, making a cameo in Beverly Hills 90210 singing the song "Moments of Love" (a minor U.S. AC chart hit), "Why" and "Touch Me (All Night Long)". In Japan the album was called Into the Skyline +1, and featured three extra tracks, "Nothing Moves Me", a previous b-side, and two tracks that were both released as singles, "It's My Style" and "Love's a Cradle."

Dennis started to record her third album Inspiration. The title track was recorded with Todd Terry, along with another song "Is There Life After You", plus other songs as yet unknown. She decided to stop recording this album and only two songs have ever been released, "Find the Key to Your Life" with David Morales for the then-popular movie Teenage Mutant Ninja Turtles II: The Secret of the Ooze and "SOS", which can be found on the Beverley Hills 90210, The College Years soundtrack.

Dennis made her first attempt at co-writing a song for Dannii Minogue called "Love's on Every Corner".

In 1996 Dennis changed musical track away from the dance-pop sound of previous releases, to a more traditional singer-songwriter approach. The resulting album Am I the Kind of Girl? was more in keeping with the Britpop sound of bands such as Blur and performers such as Stephen Duffy, and featured collaborations with Guy Chambers of The Lemon Trees and Andy Partridge of XTC. However, even though a couple of singles charted in the UK (including a Number 11 cover of Ray Davies' "Waterloo Sunset"), the album failed to make much inroads into the album charts.

In recent years, her greatest success has come as a songwriter: in 1996 she co-wrote "Bumper to Bumper", which was the B-Side to Spice Girls' first hit single "Wannabe". Five of her compositions have reached number one in Britain. "Never Had a Dream Come True" and "Have You Ever" (both recorded by S Club 7), "Anything Is Possible" (recorded by Will Young), and "Toxic" (recorded by Britney Spears) all reached number one, with "Toxic" and "Never Had a Dream Come True" also hitting the Top 10 in the United States. Her highest-selling composition, "Can't Get You Out of My Head" (recorded by Kylie Minogue), spent four weeks at number one in Britain, rekindled interest in Minogue in America, where it hit #7 on the Hot 100, and sold over three million copies worldwide to become the world's second highest selling single in 2001. "Can't Get You Out of My Head" also won Dennis an Ivor Novello Award for the year's most performed composition. She also won this award two years later for "Anything Is Possible" (Cathy Dennis, Chris Braide).

She has recently collaborated with the British singer Sophie Ellis-Bextor, and song-writer Greg Kurstin, on a track called "Catch You". Ellis-Bextor's album entitled Trip the Light Fantastic is set to be released in early 2007 through Fascination Records.

According to news reports, Dennis was working on a new album under the name Sexcassettes which she planned for a 2008 release. The albums' first single, "Killer Love" was also to be released before the end of 2008. There is currently no news information avaliable about this project.

Am I The Kinda Girl

Everybody Move (To The Mixes) (CDS)

Touch Me (All Night Long) (Single)

Move To This CD2

Move To This CD1