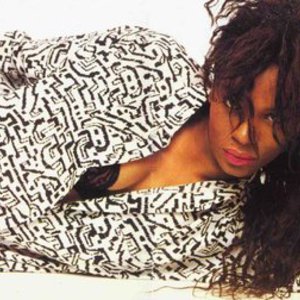 Black Box (later Blackbox) was an Italo-house music group popular in the late 1980s and early 1990s, best known for their hit "Ride on Time". The members of the group included a trio made up of a club DJ (Daniele Davoli), a classically trained clarinet teacher (Valerio Semplici) and a keyboard and electronic music "whizz" (Mirko Limoni.) The three had previously joined to form a group called Groove Groove Melody, producing dance music under names such as Starlight and Wood Allen. They went on to record music under many other aliases.

In 1989, they teamed up with singer/model Catherine Quinol (AKA Katrin) and formed Black Box. By early 1990 they had engaged Martha Wash to perform vocals on a number of tracks which, Ms Wash was apparently told, were ostensibly for club consumption and weren't for mass-release. One would be "Everybody, Everybody," which would become one of their two top ten hits in North America.

Their first single "Ride on Time" was a hit around the world, making Top 10 in many countries and No.1 in the UK, soon becoming the UK's best-selling single of 1989. The song sampled Holloway's 1978 disco hit "Love Sensation" - the title comes from a mishearing of the lyrics "Cause you're right on time". "Love Sensation" was written by Dan Hartman who was unaware his song had been sampled by Black Box. According to Hartman's attorney, Black Box ended up having to give Hartman a good percentage of the royalties. While the song did make it onto the "Dreamland" album when it was released later in 1990, the vocals had been entirely re-recorded, though not by Martha Wash. [1] Rather, Heather Smalls (best known as the lead singer of UK dance act M People) was enlisted to impersonate Holloway.

Soon after the success of "Ride on Time", rumours began to surface that the girl in the video might not have been the vocalist. Eventually it was proven that singer Loleatta Holloway actually sang all of the vocals on "Ride on Time" and that Martha Wash was the vocalist featured on every other track on their subsequent album "Dreamland". Quinol simply lip synched the vocals in live performances and in music videos.

A Megamix featuring cuts already released and entitled "The Total Mix" performed well in the charts towards the end of 1990. Various minor hits followed in the UK throughout the decade. In America, they are best remembered for their early '90s singles "Everybody, Everybody" and "Strike It Up", their biggest hit in the United States, where both their hits are still heard on rhythmic radio and in clubs on a fairly regular basis. They were also featured in two Jock Jams albums respectively.

What is often forgotten amongst dance music critics is that Black Box were one of the few "Piano-house" groups to have a really successful album. Whilst Dreamland may not have sold millions, it did earn a gold disc in both the UK and the US and achieved double-platinum status in Australia where it spent eight weeks at #1 during early 1991. Along the way, it also spawned six massive hits, both on the mainstream charts and in the clubs.
In that year came out their second remix album, named Mixed up.

In July 1993, they released the song "Rocking To The Music" on the Deconstruction record label, however it failed to meet the success of the Dreamland-era releases.

In 1999 were released CD- single under the title Bright on time that contained different DJ's mixed versions of Ride on time.

There is also an Australian Black Box. Sounded like the Saints or The Birthday Party. Released one 7" called Fetish.