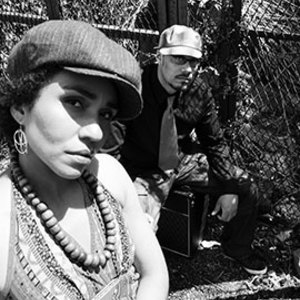 Technotronic is a studio-based house music project from Belgium, formed by Jo Bogaert (a.k.a. Thomas De Quincey) in 1988. Together with Ya Kid K (born Manuela Kamosi, 1973, Zaire), he produced the hit single Pump Up The Jam which was originally intended as an instrumental. An image for the act was put together utilizing Zairian-born fashion model Felly (allegedly without her permission) as its album and single cover art and "singer" in the music video. Ya Kid K went on to provide vocals on several other Technotronic tracks.

Technotronic "Move it to the rhythm" (single)

Get Up (Before The Night Is Over)

Trip On This! - The Remixes

Pump Up The Jam