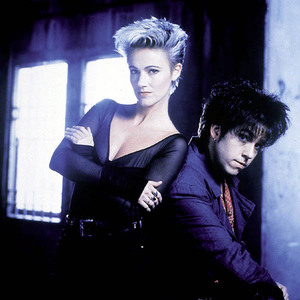 In the end of the 80s and in the early 90s, Roxette, a pop-rock duo from Halmstad, Sweden, stood among the top bands in worldwide sales and notoriety, brandishing a simple yet effective blend of pop with a slight edge and occasional hints of dance. The group claims influences ranging from The Beatles to Blondie to new wave music to Joni Mitchell and Aretha Franklin. Formed in 1986, the duo became an international act in the late 1980s, when they released their breakthrough album Look Sharp!.

Perhaps, years after the fact, Roxette's popularity can be difficult to understand or appreciate in light of what critics considered its infectious but nonetheless lightweight music, lightweight even compared to what was otherwise on the airwaves at the time. Regardless, there was a time in 1991 when Roxette could command an arena filled with tens of thousands of fans in places as diverse as Buenos Aires, Frankfurt and Sydney. The 1992 release Tourism: Songs from Studios, Stages, Hotelrooms & Other Strange Places -- with a recording of audience members singing along to the tune of the group's biggest hit, "It Must Have Been Love" -- exemplifies this temporary but impressive hold Per Gessle and Marie Fredriksson had.

Though there is no firm figure, Roxette is believed to have worldwide sales of as many as 75 million copies of its albums and singles, no minor achievement for any pop act. The group's success in the United States alone was arguable. While seemingly not interested in doing so, even by default Roxette could not associate its image with the now-iconic ABBA, another swedish pop group that struggled for recognition in America while still intact in the late 70s, but that managed, through revisionism beginning in the early 90s, to grow into something more intriguing as a legacy.

ABBA did have some Billboard Top 10 singles and one No. 1 in the 70s. Even though Roxette couldn't ultimately leave behind the same legacy, the group did outperform ABBA on the singles chart, achieving four No. 1 hits on the Billboard Hot 100 between 1989 and 1991. Roxette also had two No. 2 singles and a few other Top 40 peaks until falling out of sight of the Hot 100 in 1994. Even so, by that token, Roxette can be considered a highly successful singles act. The group has been certified by the Recording Industry Association of America (RIAA) with two platinum albums -- 1988's Look Sharp! (released in the U.S. in 1989) and 1991's Joyride -- and two gold singles -- "The Look" and "It Must Have Been Love"

In October 2005 Roxette was honoured by the American musical publishing organisation BMI with an award for four million airplays on US radio of 'It Must Have Been Love'. Four million spins, on US radio alone, equals 36 years of non-stop airplay. Statistics show that the song is still so popular that there are always at least two American radio stations playing 'It Must Have Been Love' around the clock. It's hard to find a better definition of the word evergreen.

In sweden the group has had 17 Top 10 hits, and Roxette has developed a large following throughout South America.

Bag Of Trix (Music From The Roxette Vaults, Vol. 4)

Bag Of Trix (Music From The Roxette Vaults, Vol. 3)

Bag Of Trix (Music From The Roxette Vaults, Vol. 2)

Bag Of Trix (Music From The Roxette Vaults, Vol. 1)

Why Don't You Bring Me Flowers? (CDS)