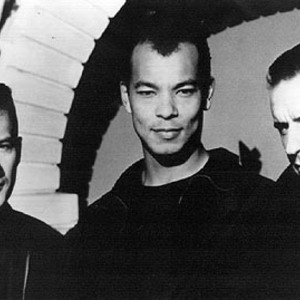 Fine Young Cannibals were an English band best known for their 1989 hits "She Drives Me Crazy" and "Good Thing". According to the Good Thing Songfacts Fine Young Cannibals rose from the ashes of the UK band The Beat . When the band broke up in 1983, bassist David Steele and guitarist Andy Cox went on to form FYC with a new vocalist, actor/model Roland Gift whom they carefully chose after eight months of listening to cassettes. Their name came from the 1960 film All The Fine Young Cannibals starring Robert Wagner and Natalie Wood.

The group was formed in 1984 and broke up in 1992, though they briefly returned to the studio in 1996 to record a new single "The Flame" which would complement their The Finest compilation to be released in the autumn of that year. Gift soon reactivated the brand and toured in the 2000s as Roland Gift and the Fine Young Cannibals. Their highest charting hits in the US were "She Drives Me Crazy", and "Good Thing" (both reached Number One on the Billboard Hot 100), both from the album The Raw And The Cooked, which itself reached number one in the US album charts.

Fine Young Cannibals appeared as the house band in the 1987 film comedy Tin Men, peforming some of the songs that ended up on The Raw And The Cooked.

Steele and Cox had previously recorded under the moniker Two Men a Drum Machine and a Trumpet.

The Finest - The Rare And The Remixed CD2