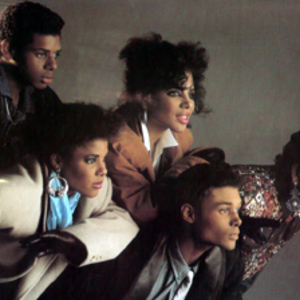 Born in Romford Essex to record owner Buster Pearson. At the age of 15 Deniece pursuaded her dad to allow Deniece and her sisters to record 'Problematic'. The Pearson parents liked what they heard but also insisted that Deniece's brothers joined the group - hence Five Star were born.

In 1983 Five Star appeared on BBC's Pebble Mill at One singing and dancing to 'Problematic'. The BBC switchboard was jamed with record companies wanting to sign the group - Buster said the group were signed to his label Tent Records but they needed a larger company to buy Tent records and hence aquire Five Star. RCA/BMG snapped up the young group and in 1984 their debut single 'Hide and Seek' was released (at the time youngest member Delroy was still at high school and lead singer Deniece had only just left school). Neither 'Hide and Seek' or its follow-up 'Crazy' managed to chart.

In May 1985 the group scored their first top 20 hit with 'All Fall Down'. This was followed with another top 20 hit 'Let Me Be The One'. Their debut album 'Luxury of Life' was released in August 1985, it would spend 70 weeks in the album charts but did not hit the top 20 until a year after its initial release.

1986 was to be a big year for Five Star. In Jan 86 they released the number 3 smash hit 'System Addict', which also helped their album get to number 12 in the album charts. However no rest for the group as in April 86 they released the top ten smash 'Can't Wait Another Minute' (the first song from their second album), This was followed up in July 1986 with 'Find The Time' another top ten hit for the young group.

In Aug 1986 Five Star released their 2nd album 'Silk & Steel', the album spent 58 weeks in the album chart and hit the number one spot! They broke a record for being the youngest act to top the UK album charts. In Sept 86 they released their biggest hit 'Rain or Shine', which went to number 2 and stayed in the singles chart for 11 weeks. 'If I Say Yes' was released in Nov 1986 and co-incided with their first tour.

The hits from 'Silk & Steel' continued in to 1987 with two more top ten hits 'Stay Out Of My Life' (written by 19 year old Deniece) in February and a Shep Pettibone remix of 'The Slightest Touch' in April 87. 'Silk & Steel' boasted 7 hit singles in total. The group did not rest as in Aug 1987 they released the 1st track from their 3rd album - the track was 'Whenever You're Ready', which went to number 11.

The 3rd album 'Between The Lines' was released in Sept 1987, it went to number 7 in the album charts, but did not sell as well as their previous albums. The Diane Warren penned ballad 'Strong As Steel' (number 16 in the charts) was released in Oct 87, at the same time as the groups 2nd tour, which ended with a sell out week at Wembley Arena. A third single from the album 'Somewhere Somebody' was released in Dec 87 but it just failed to make the top 20. To top off another great year Five Star won best group at the 1987 Brit Awards and the 1987 Smash Hits awards.

After a well earned 6 month break, In June 1988 Five Star came back with a new top 20 single, 'Another Weekend' and a harder sexier image. Gone were their sequined suits in favour of 'head to toe' black leather and huge blonde hair extensions for Deniece. 'Rock My World', was the follow up top 30 hit in August 88.

Five Star released their 4th album 'Rock The World' in August 1988 - it was considered a huge success in terms of style and critcial review but only managed to spend 5 weeks in the album charts. Two more singles were released from 'Rock The World' at the end of 1988 - 'There's A Brand New World' and ballad 'Let Me Be Yours', both songs were written by Deniece but neither managed to make the top 50.

In 1989 Five Star released a new track 'With Every Heartbeat' and a 'Greatest Hits' album. The single made number 49 but the Hits album stalled at 53 and only stayed in the album charts for 3 weeks.

In 1990 Five Star signed to EPIC records, they released two songs 'Treat Me Like A Lady' and 'Hot Love', both written by Delroy & Doris with Doris on lead vocals. Neither song managed to break the top 50.

In late 1990 Five Star moved from the UK to the USA where they released their fith studio album 'Five Star'. All tracks on 'Five Star' were written by the group. The album was never released in the UK. This was followed in 1991 with the single and album (both called) 'Shine', which featured Deniece (now called Denise) back as main lead singer.

2005 saw a release of a remixed version of 'System Addict'. Stedman is currently working on solo material, as is Denise. Delroy is working as a producer in the USA.

In Late 2006 Doris launched a myspace page featuring new songs/demos written & performed by her. No news of a record contract or album as yet...

In early 2008 a demo by Denise leaked called 'Wonderwoman'.

As of 2012, the first four original Five Star albums have been re-mastered and re-released with bonus tracks. For the last few years Denise has returned to the UK for good and has been touring in many London musical shows. There are also rumors that all five members will be performing live again.