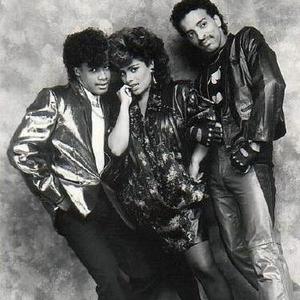 Lisa Lisa (born Lisa Velez on January 15, 1967) and her band Cult Jam were one of the original American freestyle groups of the 1980s. The two other members of Cult Jam were guitarist/bassist Alex Moseley and drummer/keyboardist Mike Hughes. They were assembled and produced by Full Force. The group released their debut album, Lisa Lisa and Cult Jam with Full Force in 1985, it went platinum[1]. The Personal Records label leased "I Wonder if I Take You Home" to the European division of CBS Records for the compilation album Breakdancing.

The group released their debut album, Lisa Lisa and Cult Jam with Full Force in 1985, it went platinum[1]. The Personal Records label leased "I Wonder if I Take You Home" to the European division of CBS Records for the compilation album Breakdancing. Stateside club DJs began playing the single from the import LP. The U.S. division of CBS, Columbia Records, released the record with it quickly becoming a chart-topper on Billboard's Hot Dance/Disco chart. The single went gold, crossing over to the R&B chart, peaking at number six, and the pop chart at number 34 in summer 1985. I Wonder If I Take You Home was followed by the club hit "Can You Feel the Beat," and they soon found their first Top 10 single, the ballad "All Cried Out". "Can You Feel the Beat" made it to number 40 R&B in late 1985. Their third single, the ballad "All Cried Out" went gold, going to number three R&B, number eight pop in summer 1986. "All Cried Out" was later covered by Allure and was a hit in 1998.

Their second album Spanish Fly was a huge success in 1987, spawning two #1 hits, "Head to Toe" and "Lost In Emotion," both of which sported a retro Motown style mixed with the Freestyle sound they were known for. Lisa Lisa and Cult Jam's Spanish Fly, went platinum, peaking at number seven pop and included two Motown-influenced gold singles; a combination of the sound of the Supremes, Lulu ("To Sir With Love"), with a sprinkling of the 5th Dimension and FF's hard-driving beats, "Head to Toe" parked at number one R&B for two weeks and hit number one pop in spring 1987, and with its strong Mary Wells influence, "Lost in Emotion" held the number one R&B spot for two weeks and made it to number one pop in summer 1987. Other hits from Spanish Fly were the ballad "Someone to Love Me for Me" b/w "Spanish Fly" (number seven R&B), "Everything Will B-Fine" (number nine R&B). [2]

Lisa Lisa and Cult Jam's third CD Straight to the Sky from 1989, was a moderate hit and includes the Top 20 single, "Little Jackie Wants to Be a Star".

Their fourth and final album, Straight Outta Hell's Kitchen was less of a commercial success and the group disbanded in 1991 when Velez went to do both solo and acting careers and Moseley and Hughes went on to do other projects. The album did include a hit with "Let the Beat Hit 'Em," which reached the pop top 30 and was a huge hit on the club charts.

Straight To The Sky