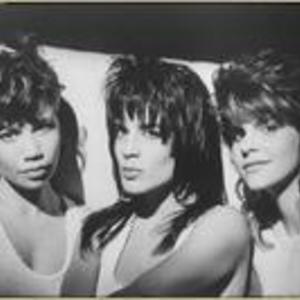 There are at least two bands that have operated under this name. A Dance group and a Japanese street punk band. Dance Band Expos? was initially formed in 1984 in Miami,USA, when Martine? and his Pantera Productions talent scouts hired Sandra Casanas ("Sande?"), Al?jandra Lorenzo ("Al?"), and Laurie Miller as the group's lineup. The next year, the trio recorded "Point Of No Return" (with Lorenzo singing lead) for Pantera Records as a 12" vinyl single, which became a number one Billboard Hot Dance Club Play hit.

Expos? was initially formed in 1984 in Miami,USA, when Martine? and his Pantera Productions talent scouts hired Sandra Casanas ("Sande?"), Al?jandra Lorenzo ("Al?"), and Laurie Miller as the group's lineup. The next year, the trio recorded "Point Of No Return" (with Lorenzo singing lead) for Pantera Records as a 12" vinyl single, which became a number one Billboard Hot Dance Club Play hit. The song helped to introduce a still-popular genre of music that became known as freestyle, which often features keyboard riffs, a sing-along chorus and break beat drum patterns in the music arrangement. The success of "Point Of No Return" quickly led Expos? to their signing with Arista Records, who promptly assumed distribution of the 12" vinyl single. A year later, Expos? recorded and released their second club/dance freestyle hit 12" vinyl single entitled "Exposed To Love" (with Lorenzo singing lead). These songs were released during the period when radio began airing continuous mixes of House/Club/Dance songs in major markets. As such, Expos? realized continued success, including a club tour to key cities. Impressed with the performance of the two singles and their unique sound, Arista granted approval for the group to record their first album.

Casanas later resurfaced as a solo artist and released a solo album, which garnered the club hits "You're The One" and the Clivilles & Cole-produced bassline-heavy hit "Notice Me." Al? Lorenzo returned to the club charts with "Stop Me If I Fall In Love," while Laurie Miller evolved into a cabaret-style performer frequently showcasing her talents on luxury cruises.

Toward the end of 1986, Expos? released their debut album Exposure (which still consisted of background vocals done by the original members). Led by the huge pop/dance hit "Come Go With Me," Expos? solidified their freestyle music foundation to the masses. During the summer of 1987, a re-recorded version of "Point Of No Return" was released, with Jurado performing lead vocals. While the initial distibution of Exposure to suppliers contained the original 1984 version of that song, subsequent pressings contained the new version. "Let Me Be The One," a mid-tempo soulful track with Bruno on lead, marked interesting distinctions for the trio. First, it demonstrated that despite being a "girl group" (a term which historically identifies a single lead singer), Expos? alternated lead vocals among its members. Second, the single garnered significant R&B support, with Bruno integrating soulful inflections with her vocal delivery. Their biggest hit occurred in the winter of 1988 with the Billboard Hot 100 number one single "Seasons Change," along with that came a Soul Train Award nomination for Best New Artist, appearances on Solid Gold, Showtime At The Apollo and served as the opening act for Lisa Lisa and Cult Jam during their tour. In addition, Expos? surpassed The Beatles and The Supremes for having the most top 10 hit singles on the Billboard Hot 100 released from a single album. Exposure remains one of the most successful dance albums ever released, reaching triple platinum status.

During their peak, Expos? had to fight problems behind the scenes. Similar to the girl groups of the sixties, the members of Expos? had a restrictive contract, and there were reports in the media of backstage battles and threats of lawsuits. According to Bruno, they were only paid 200 dollars per show. [1]. Reportedly, the record label intervened to keep peace between the members and the producers.

Their second album, What You Don't Know (1989), went gold and proved to be almost as much of a success as their debut. The success of Expos? in the U.S. lead to a lot of similar girl groups being created by producers and existing ones being signed to labels, such as Company B, The Cover Girls, Sweet Sensation, Pajama Party, and Seduction. Shortly after the success of the singles "What You Don't Know" (Bruno on lead vocals), "When I Looked At Him" (Jurado on lead vocals), the release of the single "Tell Me Why" (Bruno on lead vocals) made music history for the group when they became the first girl group to have 7 back-to-back Top 10 hits on the Billboard Hot 100. "Tell Me Why" addressed the issue of street gangs and youth and rewarded the group with additional praise for its socially-conscious lyrics. "Your Baby Never Looked Good In Blue" (Jurado on lead vocals) and "Stop, Listen, Look & Think" (Curless on lead vocals) soon followed afterwards. Their continued success granted Expos? their first headlining tour and continued television appearances on Soul Train, The Pat Sajak Show and The Byron Allen Show, among others.

In August 1990, while touring with Expos?, Bruno began having throat problems - later linked to a benign tumor on her vocal cords - and which caused the group to cut the tour short. The group took time off from their schedule in hopes that she would recover. Ultimately, Bruno lost her voice and she was replaced by Kelly Moneymaker in 1992.

After Kelly Moneymaker joined Expos?, the group released their third album Expos?, which integrated more adult-contemporary material in addition to their established Freestyle, House, R&B, Pop and love ballad repertoire. It was the first album to use producers besides Martine?, with Clive Davis talking over as Executive Producer and Martinee only doing four songs. The album was aimed to demonstrate musical growth for the group as well as to compete with the success of Wilson Phillips, who had great success in 1990 with their debut album.

The album was not as commercially successful as their previous albums, and several singles fared better on the adult-contemporary charts. They did manage to crack the U.S. Top 40 pop chart with "I Wish The Phone Would Ring" and "I'll Never Get Over You (Getting Over Me)," which also reached #1 on the adult-contemporary chart (Jurado performing lead vocals). Subsequent releases "As Long As I Can Dream" and "In Walked Love" featured Curless in the lead vocal spotlight. A final, club-marketed single saw the release of the group's first remake. "I Specialize In Love" featured Jurado on lead with Curless and Moneymaker each supporting lead vocals towards the song's conclusion. The original version was performed by Sharon Brown.

In 1995, Expos? recorded the Diane Warren-penned song "I'll Say Good-Bye For The Two Of Us" for the soundtrack of the film Free Willy 2: The Adventure Home with Jurado performing lead vocals; that same year, the song was issued on their Greatest Hits. The song is distinctive for the group as Jurado performs solo without backing vocals.

Toward the end of 1995, Arista dropped the group, and the members disbanded at the beginning of 1996 to pursue their own projects. However, over time, BMG has released two other variations of Greatest Hits collections, as well as a collection of popular remixes from their 12-inch singles, including the extended versions of the original "Point Of No Return" (Lorenzo on lead vocals) and "Exposed To Love."

After the group disbanded, Jurado performed in the stage play "Mad Hattan," supplied vocals for Jazz artist Nils, and later Carl Ferris of Safe Sax; Moneymaker married soap opera actor Peter Reckell and released two solo albums (Like A Blackbird and Through These Basement Walls); Curless engaged in song writing, supplied vocals to several club/dance projects and provided academic instruction on music and the music business. Eventually, both Jurado and Curless married and had children, temporarily retiring from performing.

In 1997, Bruno fully recovered from her throat tumor and began singing again. After a small stint with the band Wet, she worked on a solo career focused mostly on dance-oriented material. Her first album, Expose This, was released in the spring of 2004.

On August 1, 2003, the lineup of Curless, Jurado, and Moneymaker reunited briefly for a reunion concert at the Mid State Fair in Paso Robles, CA. Members of Safe Sax, including Carl Ferris on saxophone, were part of the live band Expos? used.

On August 12, 2006, Jurado announced on MySpace they had signed with a major booking agency, and have added their first concert date since 2003. Then on August 19, 2006, Bruno announced she was back with Expos? for the first time in 15 years.

On October 21, 2006, Expos? performed for the first time since August 1, 2003 at the AmericanAirlines Arena in Miami for the "Freestyle Explosion" concert. This performance also featured the official return of Bruno to the group.

On November 29, 2006 at the Potawatomi Casino's Northern Lights Theatre in Milwaukee, WI, Expos? performed a 16 song show with a full band, marking their first full concert together with Bruno since 1990.

Currently (as of 2007), the group is undertaking a tour. Moneymaker will be showing up for some of the shows, either to fill in for any member who many not be available, or to just be with the group on special occasions.

Expose was a short lived japanese punk/noisecore band from around 1997. They play music similar to Confuse, Gai, and Dust Noise. They released one 3-song ep and 2 songs on a compilation album under the name Expose 82.

What You Don't Know

What You Don't Know (CDS)