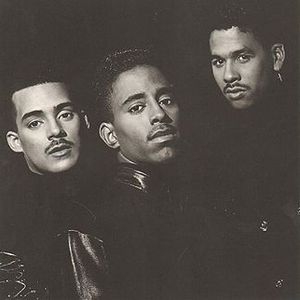 TKA is a Latin Freestyle/Dance-pop trio prominent in the 1980s and early 1990s, mainly in Freestyle hotbeds such as New York City and Miami, Florida. Its members were Tony Ortiz, Louis "Kayel" Sharpe, and Angel "Love" Vasquez, and the initials TKA represent their collective initials. All of TKA's members are of Puerto Rican descent. Many Freestyle fans consider them "the Kings of Freestyle", although Kayel resents this label, saying that "There are no 'kings' in Freestyle."

The trio, hailing from New York City, were discovered when they sang at a Sweet Sixteen party in an East Harlem church in 1984. Record producer Joey Gardner, who was at the party, was impressed with the group, and got the group signed to Tommy Boy Records. The group originally consisted of Tony, Kayel, and Ralph "Aby" Cruz, but eventually Aby was replaced by Raymond "Pito" "Angel" Vasquez (although not widely known, India was also one of the original members). Their first single was "One Way Love" which was a major hit among the Latin club community in New York, and followed up with many other hits, such as "Scars Of Love", "Tears May Fall", and "Come Get My Love."

The year, 1991 proved to be a very critical year for TKA, and for many Freestyle performers as well. TKA released their most important singles in 1991, "Louder Than Love", "Give Your Love To Me", and their House hit "Crash (Let's Have Some Fun)." Despite being very popular and very influential to the Freestyle genre, Tommy Boy requested that the band switch to pop instead of Freestyle. Rather than sacrifice their artistic integrity, the group released one more single, "Maria", which ironically proved to be their biggest hit, and then split up.

1988 album-cover for Scars of Love.Following the split, the members of TKA went on to pursue independent interests. Kayel recorded under the name K7 and had a hit Hip Hop record Swing Batta Swing which contained the lead hit single, "Come Baby Come." Tony started a successful production company in New York, and Angel joined the R&B group Goodfellas.

TKA reunited in 2001 and recorded the album Forever. The actual drop date for that album was November 6, 2001. Of the 12 songs contained on that album, only one was actually released as a single which was the smooth, House music song, "Feel The Music". The albums' promotion failures led to its poor success. Angel left the group afterwards and was replaced by popular Freestyle singer George Lamond. After the making of the anticipated album labeled 'TKA Featuring George Lamond' was completed, the group (along with George Lamond) decided to break up and go their own ways. The album was never released and only exists as demos that were given out to a few record companies. The name TKA still continues to live among its frontman K7, who performs the well known TKA hits in clubs throughout New York City. He also DJ's on New York's popular dance station 103.5 KTU. Though they've parted ways, they are still very popular in New York City, Chicago and Miami, and has had a sudden resurgence of popularity thanks to a recent Freestyle revival.

TKA were very notable for being heavily influential in the Freestyle genre, having presented an opportunity for many other Latino performers to create dance music. Among many Freestyle performers, TKA remain one of the most popular and influential, and its music are constant mainstays on Freestyle playlists.