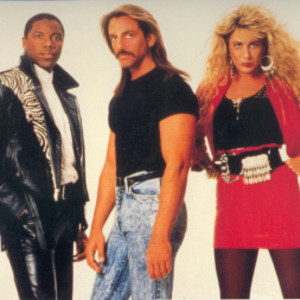 As the first on-air mixing DJ in South Florida from 1984 - 1987, DJ Bob Rosenberg decided he not only wanted to spin the hottest records, he wanted to create them. Shortly thereafter, Will to Power was born with Suzi Carr and Dr. J. Named from a work of Friedrich Nietzsche, Will to Power began their musical journey with the release of a 12" single called Dreamin' in 1987. Dreamin' quickly climbed to the ..

Named from a work of Friedrich Nietzsche, Will to Power began their musical journey with the release of a 12" single called Dreamin' in 1987. Dreamin' quickly climbed to the ..1 spot on the Billboard Dance Chart and stayed in the top 5 for 30 weeks in South Florida. A follow-up was released entitled Say It's Gonna Rain and again, Will to Power found themselves on the ..1 spot on Billboard's Hot Dance Music/Club Play chart.

Shortly thereafter, Will to Power was signed to a label and the debut album, Will to Power was released. History was made when a medley combining Peter Frampton's Baby, I Love Your Way and Lynyrd Skynard's Freebird was released. The song Baby I Love Your Way/Freebird (Free Baby) infuriated rock purists but delighted the record-buying public. The well-produced ballad, which was a lush track augmented by gloriously rich vocals, rocketed to ..1 on The Billboard Hot 100 and became one of the year's biggest hits and an enduring 1980s classic. Suzi Carr was the original lead singer that sang the four #1 records.

The hits kept coming with the next single, Fading Away reaching ..1 on Billboard's Hot Dance Music/Club Play Chart and the release of the follow-up album Journey Home. The soulful ballad entitled I'm Not In Love earned the ..4 position on Billboard's HOT 100 chart.

1996 saw the release of Will to Power's third album, Love Power which was a compilation of hits and favorites from the first two albums. Will to Power later retired for a few years to pursue personal interests.that is, until now!

Will to Power has returned to the studio in 2004 & 2005 to work with some huge talent on their forthcoming album entitled Spirit Warrior which includes a remake of the C.O.D. classic In The Bottle remixed by Giuseppe D. Spirit Warrior includes collaborations with seasoned musicians Will to Power has worked with before like saxophonist Ed Calle, vocalists Donna Allen, Siddy Betancourt, and Gioia Bruno, as well as some other great South Florida talent like guitarist Dan Warner and Debbie Spring on viola to name a few.

2006 will bring us the Spirit Warrior Remix EP due out soon. With styles ranging from ballads, dance, bluegrass funk, and of course pop, Spirit Warrior promises to be one of the most highly-anticipated releases this year and a welcomed return for Will to Power!

2008 has brought the re-release of Fading Away and Say its gonna Rain. Titles are Still Fading Away and Gonna Rain Again. Bob is working on the album for this year titles Reveloution. This new production promises to be his best work since the self titled release back in 1988.

Spirit In The Bottle