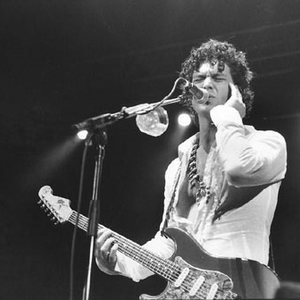 "Doyle Bramhall II was raised in a home filled with the blues and rock and roll sounds that are indigenous to his birthplace - Austin, Texas. His father, Doyle Bramhall Senior, was the drummer for blues legend Lightning Hopkins and a regular collaborator with Jimmie and Stevie Ray Vaughan.
When Doyle was 16 years old, he toured as second guitarist with Jimmy Vaughan's band, The Fabulous Thunderbirds. Shortly thereafter he and fellow Texan, Charlie Sexton, co-founded the rock band Arc Angels. Doyle and Charlie enlisted the rhythm section from Stevie Ray Vaughan's backing band, Double Trouble, to complete the lineup. The group enjoyed critical acclaim and commercial success.
Following the release of "Jellycream," Doyle's 1999 RCA debut recording, he received phone calls from both Roger Waters and Eric Clapton. Doyle ended up joining Roger Waters for a summer tour while Clapton, along with fellow blues great B.B. King, chose two of Doyle's songs - "Marry You" and "I Wanna Be" - for their collaborative recording entitled "Riding With The King." Upon completion of the "Riding..." project, Doyle, his wife - Susannah Melvoin, and Clapton co-wrote and performed "Superman Inside" for Clapton's album, "Reptile." Doyle's playing is also heavily featured on the album.
The latest offering from Doyle Bramhall II, entitled - "Welcome" - is the purest sampling of Doyle's talents to date. Doyle entered the studio with Smokestack, the band he put together a couple of years ago, and co-producers Benmont Tench and Jim Scott to record the 12 - song set. Joining Doyle in Smokestack is J.J. Johnson on drums and bassist Chris Bruce. Susannah Melvoin contributed background vocals, Benmont Tench pulled keyboard duty and Craig Ross played second guitar.
The album, "Welcome" showcases the diversity of Bramhall's talent; from his songwriting to his intense, soulful vocals and virtuoso guitar playing. Doyle's gravity explosion can be readily heard on such tracks as the driving "Green Light Girl" and the uptempo "Soul Shaker." His dedication to the blues can be felt on tracks like "Life," "So You Want It To Rain" and "Send Some Love."
Doyle and his band are set to open for Eric Clapton on the first leg of a worldwide tour this year".
Official Site