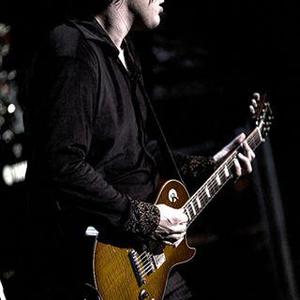 Songfacts states that Joe Bonamassa (born May 8, 1977) was born and raised in New Hartford, New York. His parents owned and ran a guitar shop and in interviews he credits his mother and father with fostering an appreciation of music in his life as early as he can remember. As a youngster he just wanted to earn enough money to buy a deluxe Nintendo game when he started playing the guitar professionally. Then he met blues legend B.B. King.

At the age of 12, his mother got a call from a local promoter, Richard Thornton asking if he wanted to be the opening act at a concert at which King was the headliner. After hearing the gifted adolescent play, King was so impressed that he invited Bonamassa to tour over the summer with his band.

The gig got Bonamassa exposure on national television and a recording contract with EMI Records. He has made seven studio albums and spends nine months a year on the road performing with industry greats that include John Lee Hooker, Joe Cocker, Peter Frampton, George Thorogood, Los Lobos and Jonny Lang.

Bonamassa has cited his influences as being British and Irish blues acts, rather than American acts. In an interview in Guitarist magazine (issue 265), he cited the three albums that had the biggest influence on his playing: John Mayall & The Bluesbreakers' Blues Breakers with Eric Clapton (the Beano album), Rory Gallagher's Irish Tour and Goodbye by Cream.

He elaborated further on his influences in his review with Guitar Messanger:

"You know, my heroes were the English guys ? Paul Kossoff, Peter Green, Eric Clapton. There's so many - there's Gary Moore, Rory Gallagher ? another Irishman who played the same things, but don't tell him that. But those guys were my guys ? Jeff Beck, Jimmy Page. There's a certain sophistication to their approach to the blues that I really like, more so than the American blues that I was listening to. B.B. King's a big influence ? he's probably my biggest traditional influence. I love Muddy Waters, Robert Johnson and T-Bone Walker and stuff like that, but I couldn't sit down? I was always forcing myself to listen to whole records by them, where I'd rather listen to Humble Pie do "I'm Ready" than Muddy Waters, you know? I think, the English interpretation of the blues just hit me a lot better, you know?"

And also in his October 2008 interview with Express & Star:

?When I heard Kossoff playing Mr Big and when I heard Clapton playing Crossroads and when I heard Rory Gallagher playing Cradle Rock, I was like ?This is way cooler'.... ?British blues are my thing. When I heard Rod Stewart and The Jeff Beck Group singing Let Me Love You it changed my life. I knew exactly what I wanted to do. Those are my influences".

Live At The Sydney Opera House