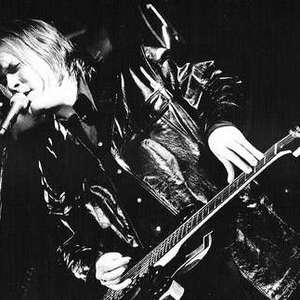 Jeff Healey (born Norman Jeffrey Healey on March 25, 1966 in Toronto, Canada ? died March 2, 2008) was a blind Canadian blues-rock guitarist. Healey was perhaps most notable for his innovative playing style, with his guitar lying flat on his lap. Despite losing his sight to cancer of the eyes at one years old, he began to play guitar when he was just three, and developed his own unique playing style and technique.

Shortly after completing high school, Jeff began to gain attention around the Toronto pub and club scene with a three piece band that showcased his incredible talents. The Jeff Healey Band had a monthly weekend gig at Baker Street, on Queen Street East. Jeff soon garnered local attention and people traveled to come and see him play with his band. Record executives came to check out his performances before he eventually signed with BMG Canada and Artista in the USA. His guitar workmanship became legendary with his unique playing style, and he was recruited for a spot in the 1989 motion picture Road House, which starred Patrick Swayze and Sam Elliott as bouncers at a roadside bar. Jeff and his band were regular 'performers' at the seedy club and are featured on its official soundtrack.

Jeff was more than just a gifted guitarist, he was a devoted passionate musician who played trumpet in his own Jazz band, Jeff Healey And The Jazz Wizards, hosted a regular radio music show on CBC, and collected vinyl recordings including vintage 78's, and was reported to have one of Canada's largest private music libraries.

Jeff Healey tragically died in Toronto, Sunday March 2, 2008, after a lengthy battle with cancer. He was only 41.

A live DVD/CD box set entitled "Legacy - Volume 1" was released posthumously in 2009 on Arbor Records without Jeff Healey's wife Cristie and his estate's participation. On his website, Cristie Healey discourages support of this product. www.jeffhealey.com

The Best Of The Stony Plain Years: Vintage Jazz, Swing And Blues