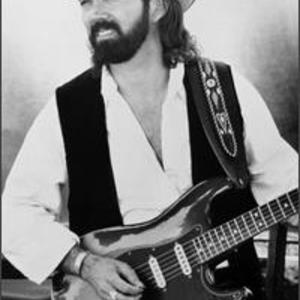 Corey Stevens is an American blues and blues-rock guitarist in the tradition of Jimmy D. Lane, Johnny Lang, and Jeff Healey. Stevens was born in the small town of Centralia, Illinois. His earliest musical influences were Chuck Berry and other early rock-and-rollers. The lyrics of the British Invasion musicians moved him and inspired him to be a songwriter as well as a guitar player. n college Stevens studied classical music and began an intense four-year study of classical guitar. As he remembers, "I learned discipline and practiced two, three, four hours a day.

Stevens was born in the small town of Centralia, Illinois. His earliest musical influences were Chuck Berry and other early rock-and-rollers. The lyrics of the British Invasion musicians moved him and inspired him to be a songwriter as well as a guitar player.

n college Stevens studied classical music and began an intense four-year study of classical guitar. As he remembers, "I learned discipline and practiced two, three, four hours a day. I was a serious music student, but I still partied on the weekends and heard bands on the strip. Shawn Colvin was a local and played a lot. She was great! I also spent many nights listening to Big Twist and the Mellow Fellows. That band was great, too! I used to think all I got out of college was the beer and the blues in the bars. But over the last few years I have begun to realize that the discipline and the music theory helped shape who I am now."

Stevens played in original bands and grew restless being a sideman. He worked on songwriting and played in a few cover bands for fun. He had developed a bad taste for the Hollywood club scene, which he viewed as a misguided preoccupation with impressing the record companies and management firms. He says, "It was just such an uptight scene. I didn't last long. I didn't give up on my dream or the music industry, I just thought I had all the time in the world and regrouped."

The plan began to materialize in the late 1980s, when Stevens began to focus seriously on his songwriting. He set up a four-track studio in a walk-in closet in his one bedroom apartment, writing such songs as "Blue Drops of Rain" and "Lessons of Love." Stevens started getting interest from record companies. He dedicated himself to becoming the best songwriter he could be while juggling a teaching career and raising his daughter, born in 1988. He started his own original band and used his teaching salary to pay for rehearsal halls and demos. Eventually the band showcased Stevens' original material in Hollywood, but just as before, Stevens quickly grew frustrated. He sums up the experience: "We did a show at what is now the infamous Viper Room which was the Central then. We called our friends, had about forty or fifty show up. But when I called the club booker a few days later, I was Corey who? I read the writing on the wall AGAIN ... the Hollywood scene was just not for me."

Stevens amended his master plan, turning to guitar with the same passion he had used to approach songwriting. Converting his songwriting studio into a guitar workshop, he threw himself into learning blues guitar. He remembers, "When I regrouped and got into guitar, I turned my back on the music business and songwriting. I had written a batch of songs that I thought were valid and compelling, but the record companies passed. I had written 'Take It Back,' 'My Neighborhood,' and 'Blue Drops of Rain.' Those three songs ended up on the radio in the nineties. At the time, I just thought I could keep writing songs, but for who?"

As Stevens focused on his guitar, thoughts of Robert Johnson invaded his mind. He wondered if he could disappear and reappear as a master of the blues guitar. This thought renewed his passion for making music, and he was able to forget the music industry and even his own songs for a while.

After months away from the stage, he got the urge to play publicly again and began sitting in with bands. Using the E flat tuning of Stevie Ray Vaughan, Jimi Hendrix and others before him, Stevens found himself playing in awkward keys, but used the challenge to sharpen his skills even further. Soon, Stevens was ready to start another band and another journey. He did not know it, but his plan was coming together, even if he thought he had stopped trying. He started a band called Texas Flood, limiting the playlist to songs by Vaughan, Hendrix, Albert King, Freddie King, Buddy Guy and Muddy Waters. By 1994, the band evolved into Stevens on guitars and vocals, Will MacGregor on bass and Dave Salinas on drums.

An independent label signed Stevens in 1995 and released "Blue Drops of Rain." Although the year was not a huge success, Stevens saw the writing on the wall and in December quit teaching and said goodbye to his day job. In 1996, he toured seven months and made a video for the song "Blue Drops of Rain," which climbed the radio charts. The album was re-released on the independent label and Discovery Records and made the debut Billboard Blues chart.

In 1997, Stevens recorded his second album that yielded a top ten radio hit and video, "One More Time." Other songs made it on the radio and Stevens hit the road in support. By the end of the year, Stevens had toured nine months, including a tour with Paul Rodgers and Lynyrd Skynyrd, and shared the stage with ZZ Top. The title track, "Road To Zen," a heartfelt behind-the-scenes account of life on the road, seemed to sum up Stevens' new life.

In 1999, Stevens continued to write songs at home in Los Angeles. But his radio success had left a wave of curious fans eager to hear if he was the real deal. His loyal fans had experienced his shows, and word of mouth spread. He developed a reputation for captivating an audience and performing his songs better than the records. Unable to stay home too long, Stevens maintained a busy touring schedule, but still managed to release his third album, Getaway. Stevens included a song called "This Train," which never made it to radio.

Stevens reacquired ownership and publishing rights for his first three albums in a recent settlement with the label that he signed with seven years ago. He has completed a new studio album called Bring On the Blues. It is currently being mixed by Gary Hoey and features the same line up from the "Blue Drops of Rain" sessions, with Will MacGregor on bass and Dave Salinas on drums. Stevens is also collaborating with DDR Entertainment for a DVD of a live concert shot in 1997 titled The Road To Zen Tour. Recently Stevens made a guest appearance on a new Canned Heat album that featured his song "Getaway." Stevens' blues guitar can also be heard on Linda Stevens' debut album, scheduled to be released in the fall.

The Party's Gonna Go On

Rumors In The Ether