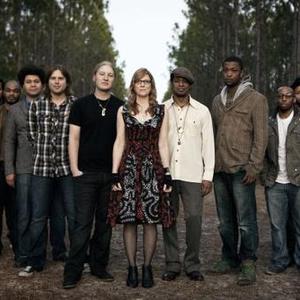 After the announcement in late 2009 of a hiatus for both The Derek Trucks Band and Susan Tedeschi Band , the couple began writing new material, working out of their home studio in Jacksonville with a rotating cast of friends and musicians. Their first concert was on April 1, 2010 at the Savannah Music Festival, and although their touring schedule was limited in 2010, the group did perform at Eric Clapton's Crossroads Guitar Festival, Fuji Rock Festival, and several other festivals and venues.

The collaboration between Derek Trucks and Susan Tedeschi has also extended to other artists. Trucks and Tedeschi appeared together on Herbie Hancock's album, The Imagine Project, performing the track "Space Captain" with additional members of Derek Trucks & Susan Tedeschi Band, including Oteil Burbridge, Kofi Burbridge, and Mike Mattison. A music video was also released, showing Herbie Hancock as he recorded the song at Trucks & Tedeschi's home studio. Trucks and Tedeschi also appeared with Herbie Hancock to perform "Space Captain" at his 70th birthday concerts at Carnegie Hall and the Hollywood Bowl.

I Am The Moon: IV. Farewell

I Am The Moon: III. The Fall

I Am The Moon: II. Ascension

I Am The Moon: I. Crescent