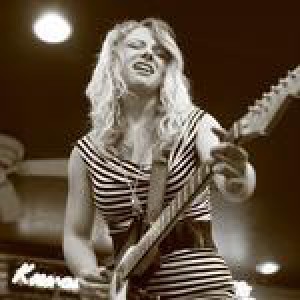 The sky is the limit for native Kansas City Blues artist, Samantha Fish, often called a Blues prodigy at only 21. Samantha has been known to share the stage with several influential blues artists such as Tommy Castro, Tab Benoit, Shirley King, Watermelon Slim, Kenny Neal and Cedric Burnside. Her deceptively mature voice, is sultry and innocent at the same time, while her intense guitar gives her a sound that is a cross between Jonny Lang and Susan Tedeschi.

Backed by Kansas City music veterans Paul Greenlease and Danny Montero, Samantha Fish is setting out to show the world that although she may be young, she can certainly wail the Blues. Armed with their debut CD "Live Bait", The Samantha Fish Blues Band is gearing up for their national tour.

Kill Or Be Kind

Belle of the West