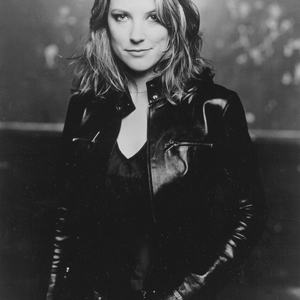 She formed the Susan Tedeschi Band in 1994, featuring Tom Hambridge and Adrienne Hayes. In 1995 she began playing guitar and honed her skills, and in December the band released Better Days to regional audiences. Record contracts were difficult to keep together; however, recording sessions from 1997 were acquired by Richard Rosenblatt, and the band was signed to Tone-Cool Records and Just Won't Burn was released in February 1998 to rave reviews from blues publications.

Susan Tedeschi's voice has been described as a blend of Bonnie Raitt and Janis Joplin, though she explains this is due to sharing the same influences as the two. Her guitar playing is influenced by Buddy Guy, Johnny "Guitar" Watson, Stevie Ray Vaughan, Freddie King and Doyle Bramhall.

Susan Tedeschi grew up in Norwell, Massachusetts and attended the Berklee College of Music where she received her bachelor of music in composition and performance. Tedeschi had always been musically inclined, performing in musicals, singing for family members, and listening to her father's record collection. She formed a band in high school called the Smoking Section at age 15, sang in a Gospel choir at Berklee and began sitting in with local blues jams at venues in Boston.In 2001, she married Derek Trucks, Allman Brothers guitar player, leader of The Derek Trucks Band, and nephew of founding Allmans drummer Butch Trucks. They have two children, Charlie and Sophia. They currently reside in Jacksonville,FL, and regularly collaborate on each other's albums.

Back To The River

The Best Of Susan Tedeschi (Episode One)