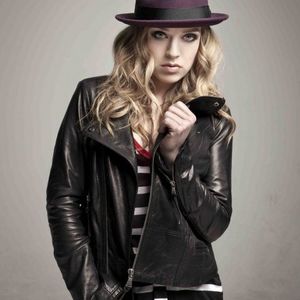 ZZ Ward (Zsuzsanna Ward) is an American singer, musician and songwriter born in Pennsylvania and raised in Oregon, USA, in a small town called Roseburg. In 2009 she was signed to the Boardwalk Entertainment Group, and in 2011 signed to Hollywood Records. She released the mixtape 'Eleven Roses' and the EP 'Criminal' in early 2012, prior to releasing her debut album 'Til the Casket Drops' on October 16, 2012.

She grew up listening to her Dad write and sing the blues and started performing with him in his blues bands when she was a kid. She fell in love with the sincerity of Etta, the soul of Muddy and the power of Big Mama. When she got older she started writing hooks for and performing with local rappers from Eugene. She fell in love with hip-hop, with its authenticity. Now she's married to em both. DIRTY SHINE!

Til The Casket Drops (CDS)

Put The Gun Down (CDS)

Til the Casket Drops