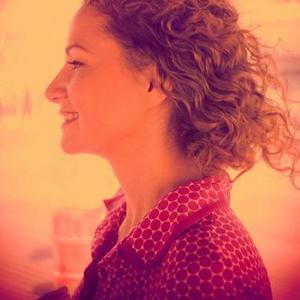 Singer Joan Osborne was born on July 8, 1962, in the town of Anchorage, KY, but it wasn't until relocating to New York City in the early '90s (to study at N.Y.U.'s film school) that she began to take a singing career seriously after singing Billie Holiday's classic "God Bless the Child" at a local bar's "open mic night." In addition to Holiday, Osborne looked to such legendary vocalists as Etta James and Ray Charles as role models...

Producing a worthy followup to Relish proved to be a time-consuming challenge for Osborne. Mercury tried to buy her some time by issuing a compilation release, 'Early Recordings' (which collected the early releases 'Live at Delta '88' and 'Blue Million Miles'). In the meantime, Osborne focused on supporting a few groups/causes she felt strongly about, such as Rock the Vote and Planned Parenthood (eventually being named an honorary member of Planned Parenthood's Board of Advocates), besides covering "I'm Just a Bill" as a duet with Isaac Hayes on the 1998 'Schoolhouse Rocks the Vote' benefit album. Osborne also studied briefly with the late Qawwali master Nusrat Fateh Ali Khan and performed alongside such notables as Stevie Wonder, Melissa Etheridge, Taj Mahal, Luciano Pavarotti, Spearhead, Bob Dylan, and The Chieftains.

September 2000 finally saw the release of Osborne's second all-new studio album, titled 'Righteous Love'; but it failed to match its predecessor's commercial success and sank from sight shortly after its release. In 2002, Osborne bounced back with 'How Sweet It Is,' a collection of covers that leaned heavily on classic soul and R&B tunes from the 1960s and '70s. A career retrospective, 'One of Us,' came out in 2005.

Osborne played a prominent role in the 2002 film "Standing in the Shadows of Motown," performing with the legendary Motown house band The Funk Brothers in a concert performance segment, and appearing with several members of the group in an interview segment. She and her band accompanied the Dixie Chicks for a national tour in the summer of 2003, during which time she also joined veteran San Francisco jam-rockers The Dead as a vocalist, and released her fourth album, titled 'How Sweet It Is,' a collection of classic rock and soul covers.

During 2005 and 2006, she performed on numerous occasions with Phil Lesh and Friends. In February 2007, she appeared at the Grand Ole Opry.

She sings lead vocals on the cover of "Spoonful" on Vivian Campbell's solo album 'Two Sides Of If'.' Osborne also provided some vocals for "Wayfaring Stranger" on Spearhead's 1997 album 'Chocolate Supa Highway.' Joan is featured on The Holmes Brothers 2007 collection 'State of Grace' performing "Those Memories of You," an old Allan O'Bryant and Bill Monroe bluegrass tune.

Bring It On Home

How Sweet It Is