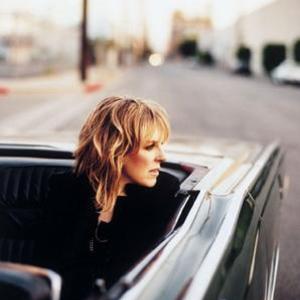 Lucinda Williams (born January 26, 1953) is an American rock, folk, and alt-country songwriter and singer. A three-time Grammy Award winner, she was named "America's best songwriter" by TIME magazine in 2002. Williams has garnered considerable critical acclaim but her commercial success has been moderate. She has a reputation as a perfectionist and as a slow worker when it comes to recording; six years passed between the release of her second and third albums. However, she frequently makes guest appearances on other artists' albums and contributes to compilations and soundtracks.

Williams has garnered considerable critical acclaim but her commercial success has been moderate. She has a reputation as a perfectionist and as a slow worker when it comes to recording; six years passed between the release of her second and third albums. However, she frequently makes guest appearances on other artists' albums and contributes to compilations and soundtracks. She has recorded with Elvis Costello, Nanci Griffith, John Prine, Leftover Salmon, and Steve Earle, among others. She has also opened concerts for artists such as Neil Young.

Williams was born in Lake Charles, Louisiana, the daughter of poet and literature professor Miller Williams. Her father worked as a visiting professor in Mexico and Chile as well as different parts of the American South, before settling at the University of Arkansas. His daughter showed an affinity for music at an early age, and was playing guitar at 12.

By her early 20s, Williams was playing publicly in Austin, Texas and Houston, Texas, concentrating on a folk-rock-country blend. She moved to Jackson, Mississippi, in 1978 to record her first album, for Smithsonian/Folkways Records. Titled Ramblin', it was a collection of country and blues covers. She followed it up in 1980 with Happy Woman Blues, which consisted of her own material. Neither album received much attention.

In the 1980s Williams moved to Los Angeles, California (before finally settling in Nashville, TN), where -- performing both backed by a rock band and in acoustic settings -- she developed a following and a critical reputation. Nevertheless, it was not until 1988 that Rough Trade Records released the self-titled Lucinda Williams. The single "Changed the Locks", about a broken relationship, received radio play around the country and gained fans among music insiders, including Tom Petty, who would later cover the song.

Its follow-up, Sweet Old World (Chameleon, 1992), was a melancholy album dealing with themes of suicide and death. Williams's biggest success during the early '90s was as a songwriter. Mary Chapin Carpenter recorded a cover of "Passionate Kisses" (from Lucinda Williams) in 1992, and the song became a smash country hit for which Williams received the Grammy Award for Best Country Song in 1994.

Williams had garnered considerable critical acclaim, but her commercial success was moderate. Emmylou Harris said of Williams, "She is an example of the best of what country at least says it is. But, for some reason, she's completely out of the loop. And I feel strongly that that's country music's loss."

Williams also gained a reputation as a perfectionist and slow worker when it came to recording; six years would pass before her next album release, though she appeared as a guest on other artists' albums and contributed to several tribute compilations during this period.

The long-awaited release, 1998's Car Wheels on a Gravel Road was Williams' breakthrough to the mainstream. Containing the single "Still I Long for Your Kiss" from the Robert Redford film The Horse Whisperer, the album received wide critical notice and soon went gold. It received a Grammy Award for Best Contemporary Folk Album. She toured with Bob Dylan and on her own in support of the album.

Williams followed up the success of Car Wheels with Essence (2001). This release featured a less produced, more stripped-down approach both musically and lyrically, and moved Williams further from the country music establishment while winning fans in the alternative music world. She won the 2002 Grammy Award for Best Female Rock performance for the single "Get Right With God", an atypically uptempo gospel-rock tune from the otherwise rather low-key release. The title track was co-written and co-recorded with alternative country musician Ryan Adams.

Her seventh album, World Without Tears, was released in 2003. A musically adventurous though lyrically downbeat album, this release found Williams experimenting with talking blues stylings and electric blues.

In 2006, Lucinda recorded a version of the John Hartford classic "Gentle On My Mind," which played over the closing credits of the Will Ferrell filmTalladega Nights: The Ballad Of Ricky Bobby

Williams was a guest vocalist on the song "Factory Girls" from Irish punk-folk band Flogging Molly's 2004 album, "Within a Mile of Home", and appeared on Elvis Costello's The Delivery Man. She duetted with Steve Earle on the song "You're Still Standin' There" from his album I Feel Alright from 1996.

Williams released the album "West" on February 13, 2007, to mostly good reviews. The material is highly personal, chronicling the death of her mother and the breakup of a turbulent relationship.

Lu's Jukebox Vol 1 - Runnin' Down A Dream: A Tribute To Tom Petty

The Ghosts Of Highway 20

Where The Spirit Meets The Bone CD2

Where The Spirit Meets The Bone CD1