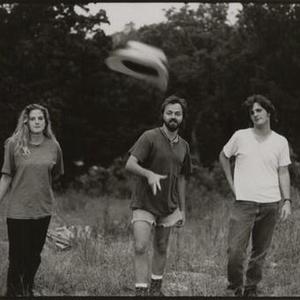 Blue Mountain is a band formed in 1991 in Oxford, Mississippi (USA) by husband and wife duo Cary Hudson (guitar and vocals) and Laurie Stirratt (bass and harmony vocals),who is notably the twin sister of John Stirratt, the bass player for the like-minded Americana band Wilco. After the dissolution of their former Los Angeles band, The Hilltops, the couple relocated to Oxford and, joined by drummer Matt Brennan, began gigging and recording roots rock. With this line-up, the band released their first self titled album on their own 4-Barrel Records in 1993.

The band was signed by the independent Roadrunner Records label and released their second album, Dog Days, with new drummer Frank Coutch in 1995. The album was comprised of many songs from their first eponymous release and garnered the band a fair amount of critical and commercial success in alt-country circles, featuring the band's best-known song, "Blue Canoe." Two more albums followed on Roadrunner Records, Home Grown in 1997, and Tales of a Traveler in 1999. An album of all public-domain roots covers, simply titled Roots followed in 2001, before their final 'farewell' live release, Tonight It's Now Or Never in 2002. Blue Mountain is widely revered for their high energy live shows, which showcase Hudson's talents on his favorite instrument, a classic Gibson Les Paul. Stirrat's bass lines and harmony vocals and Croutch's intense drum work round out this very gifted band. Blue Mountain is rightly considered one of the pioneering groups of the alt-country movement which took hold in the mid-1990s and is still going stong today. Their songs "Let's Go Running", "Big Black River", "Wink", and "Jimmy Carter" are bona fide classics of Americana music.
"Serving as a retrospective for a career defined by songwriting brilliance and emotionally charged live performances, Tonight It's Now Or Never was recorded live at Schubas Tavern on March 11, 2001 in Chicago - an evening which turned out, as the title says, to be the night of now or never. With Ted Gainey on drums, Laurie Stirratt on bass, and Cary Hudson on guitar, Blue Mountain treated their faithful fan base to a rollicking show of hard-driving classics. Fatigued by the relentless touring, Coutch had left the band to work on local music projects, and Stirratt and Hudson's marriage had ended. Although they struggled to stay together musically, the break-up was just too raw, and Blue Mountain disbanded. But relationships are like rivers; they rise and fall. During the past six years Stirratt played and recorded with Danny Black and Chicago-based Healthy White Baby, co-wrote and recorded a CD with her brother John and started an independent record label, Broadmoor Records. Hudson toured extensively and recorded 3 solo records and has been involved in many musical projects. After reuniting and playing a few experimental shows in Oxford, Chicago and St. Louis, it looks like Blue Mountain is back, tougher and better than ever, with a whole 'nuther era of that great Blue Mountain sound. The past is water under the bridge." Lisa Howorth
The Mississippi trio released its sixth studio album, "Midnight in Mississippi," along with a re-recorded greatest hits album, "Omnibus," in 2008.

Tales Of A Traveler