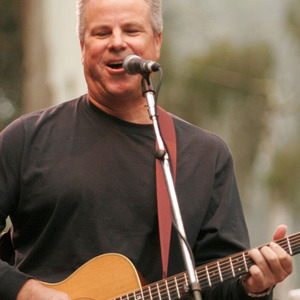 Robert Earl Keen, Jr. (born January 11, 1956 in Houston, Texas) is an American singer-songwriter. Growing up, Keen was interested in music, sports, movies and writing. He attended Texas A&M University, enrolling in the school of journalism. Disappointed in the College Station, Texas music scene, he began playing guitar and learned to read and write music, basing his style on folk, country, blues and roots rock.

In 1977 he rented a house from landlord Jack Boyett, where his neighbor was a then-unknown Lyle Lovett. The two became friends and performed together on the front porch. This eventually grew into inspiration for a song entitled "The Front Porch Song", which both would add to their repertoire. In 1980, Keen graduated from Texas A&M, moved to Austin, Texas and began writing for a newspaper. Soon he was performing in Austin's nightclubs and live music venues, building a solid following. In 1984 he financed the recording of his own EP and distributed it regionally. In 1986, He moved to Nashville, Tennessee. Discouraged by the polish of the new country sound and unable to land a recording contract, Keen moved back to Austin. In 1989 he released his national debut album, West Textures. His 1993 release, A Bigger Piece Of Sky, gained wider acclaim, both amongst fans and critics. Over the next ten years, Keen would continue to write, record, perform and tour. Today, he is popular with traditional country music fans, folk music fans, the college radio crowd and alt-country fans. Keen currently resides in Bandera, Texas.

What I Really Mean