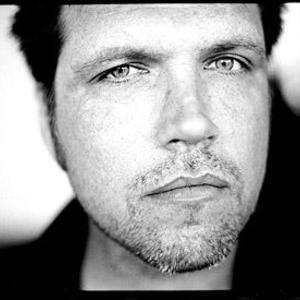 Richard Buckner is an American singer songwriter born in California, resident in Edmonton, Alberta, Canada for a number of years, and currently living in Brooklyn, NY. A critically-acclaimed artist most often associated with the Alternative Country movement, Buckner has in recent albums eschewed his initial acoustic approach and displayed an increasing interest in more abstract music styles. Buckner began his career with the acoustic "Bloomed" (1994)...

Buckner began his career with the acoustic "Bloomed" (1994), a lyrically dense suite of songs recorded in Lubbock, Texas and heavily influenced by that state's tradition of whisky-soaked poet/troubadors, probably best embodied by Townes Van Zandt. In 1996, he released the major label "Devotion & Doubt," with members of Giant Sand backing him, displaying a more adventurous, almost avante garde approach to songwriting and arranging.

Since then, he has returned to recording for smaller labels, to continued critical acclaim and cult status. His 2000 album The Hill - his first for Chicago-based indie label Overcoat Recordings - features poems from Edgar Lee Masters' Spoon River Anthology (1915), which Buckner set to music. The album plays as a single track, nearly thirty-five minutes long. He returned in 2002, first with the "teaser" EP Impasse-ette, then a full-length entitled Impasse one month later. In early 2003, his self-released, self-titled album was reissued by Overcoat, and was his final release for the label. In 2004, an edited version of Richard Buckner's song Ariel Ramirez, from the album Since (1998) was featured in one of the television ads for Volkswagen's Touareg.

He is currently aligned with North Carolina-based indie label Merge Records, who have released two of his albums so far: 2004's Dents and Shells and 2006's Meadow. Between the two, he recorded an album with Jon Langford (most notably of The Mekons) called Sir Dark Invader vs. The Fanglord (2005) for Buried Treasure Records.