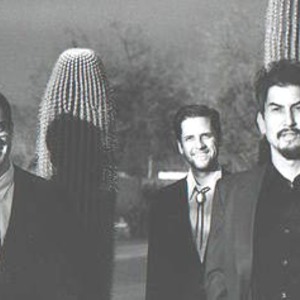 Giant Sand, originally The Giant Sandworms, is an American rock band formed in 1985, based in Tucson, Arizona, USA (although Los Angeles, California was its home for many years). Overseen by singer-songwriter-guitarist-pianist Howe Gelb, its membership has shifted over the years -- at times with each album -- though for a long while the drum and bass duties were handled by John Convertino and Joey Burns, who went on to form Calexico.

Side projects, which are more extensions of than alternatives to Giant Sand, include the country-oriented The Band of Blacky Ranchette, OP8 (a collaboration with Lisa Germano), and Gelb's solo albums. Guests on Blacky Ranchette albums have included Lucinda Williams, Kurt Wagner (of Lambchop) and Chan Marshall.

Arizona Amp and Alternator (AAAA) is Gelb's newest project with a self-titled album. The homepage states that AAAA has no members.

Returns To Valley Of Rain

Ballad Of A Thin Line Man

Is All Over The Map