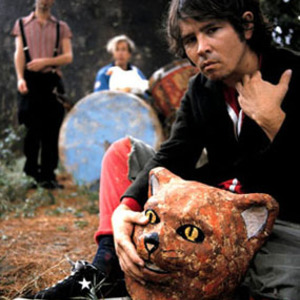 Grant Lee Buffalo is a Los Angeles-based rock band, consisting of Grant-Lee Phillips (vocals and guitar), Paul Kimble (bass) and Joey Peters (drums). All three were previously members of another LA band, Shiva Burlesque. As GLB, they released four albums: Fuzzy (1993), Mighty Joe Moon (1994), Copperopolis (1996) and Jubilee (1998, without Kimble who had left the band the previous year). After the release of Jubilee, the band broke up and Phillips continued to pursue a successful solo career. In 2010 the band reunited and they will be touring again in 2011.

Grant Lee Buffalo has an Americana-tinged sound, clearly influenced by the likes of Neil Young and elements of old-fashioned country music, and often tackled political and social issues in their lyrics (for example, "Lone Star Song" from Mighty Joe Moon references the infamous Waco siege). They toured with major bands of the early-to-mid 1990s such as R.E.M., Pearl Jam and The Smashing Pumpkins.

Storm Hymnal: Gems From The Vault Of CD2

Storm Hymnal: Gems From The Vault Of CD1