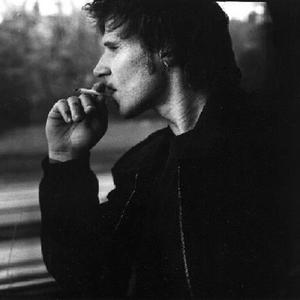 Mark Lanegan (born November 25, 1964 in Ellensburg, Washington) is an American rock musician and songwriter. Lanegan began his music career in the 1980s. In 1985, he became the vocalist for grunge group Screaming Trees; the group broke up in 2000. Lanegan would start a low-key solo career, but in 2004 Lanegan released his big breakthrough album Bubblegum. In addition to leading the The Gutter Twins, Lanegan has also been involved in other musical projects...

Best known for his years spent as the lead singer for the Screaming Trees, Lanegan also collaborated with the Queens of the Stone Age on several of their albums and Soulsavers on their records "It's Not How Far You Fall, It's How You Land" and "Broken". His latest projects include a collaboration with the honey-voiced Isobel Campbell, as well as a long anticipated collaboration with Greg Dulli called The Gutter Twins.

Isobel Campbell & Mark Lanegan form a unique combination of gruff vocals and dulcet voices. They have released three albums so far: Ballad of the Broken Seas, which received a nomination in the 2006 Mercury Awards, Sunday At Devil Dirt, which was released in May 2008. The album received US release in Fall 2008. And finally their third album Hawk was released in August 2010.

In November 2011, Lanegan released Blues Funeral on 4AD. It was recorded in Hollywood, California by Alain Johannes at his 11ad studio. The music was played by Johannes andJack Irons with appearances from Greg Dulli, Josh Homme et al.

No Bells On Sunday CD2