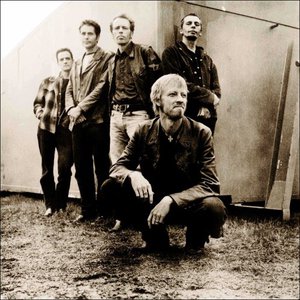 16 Horsepower was an alternative country musical group based in Denver, Colorado. Their music was usually serious in tone with distinct Christian religious lyrics dealing with conflict and redemption. The core members of the group from its founding in 1992 were David Eugene Edwards, Jean-Yves Tola, and Pascal Humbert (the latter two formerly of the band Passion Fodder). After releasing four studio albums and touring extensively, the band broke up in 2005, citing "mostly political and spiritual" differences.

The members remain active in the groups Woven Hand and Lilium.

Heel On The Shovel (EP)